QUESTION: I have a few questions regarding the Jewish leap year. Why do we always add a second Adar as opposed to adding a second Tevet or Iyar for example? Why do we call it Adar Alef? Why is Purim celebrated in the second Adar? And which Adar is the real Adar?

ANSWER: Jews add a month periodically to our lunar calendar after the twelfth month as per the beraita in Rosh Hashanah (7a) (see also Pesachim 6a), the Babylonians did not. The second of the two Adars (Adar Sheni or Adar Bet) is considered the leap month, during which we read the four special Torah readings (Shekalim, Zachor, Parah and Parashat Hachodesh) as well as celebrate Purim (Orach Chayyim 685:1). R. Eliezer b. R. Yosi argues that we observe the mitzvot of Purim during the Adar closest to Shevat, while R. Shimon b. Gamliel argues for current practice.
Rabbi Dov Aaron Brisman of Philadelphia ponders (Responsa Shalmei Chova, Yoreh De’ah 94) the proper leap-year observance of a yahrzeit for a man who died during a non-leap year on the second day of rosh chodesh, the first day of Adar. There is agreement that Kaddish is recited on that date in both Adars, while when to fast is more controversial, mostly because of uncertainty about which of the two Adars is added (see Nedarim 63a-b – the dispute between R. Meir and R. Yehuda about whether reference to “Adar” is understood as Adar Sheni or Rishon) and what that means for performance of mitzvot.
The Mechaber and Taz go along with R. Meir (Adar Sheni) while Rema and Terumat Hadeshen do not, and Rabbi Brisman discusses various issues and opinions regarding yahrzeit observance when there are two Adars in effort of resolution.

We continue with his insight.

*     *     *
Rabbi Brisman comments that, in fact, each Adar possesses the characteristics of Adar, enough so that each one is eligible to have all Adar-related mitzvot and observances performed. However, each side of the dispute offers a special reason not to observe on one Adar or the other. He also notes Magen Avraham (op. cit. Orach Chayyim 568:sk20) who sees the Gemara’s statement of connecting one redemption to the other as the reason why we only observe Purim and Megilla in the second Adar and not during both.
There is a clear difference when it comes to fasting, as Rabbi Brisman points out. Those who are more stringent, the machmirim cited by Rema, are stringent because they have vowed to fast. This is not aveilut itself being upheld on a yahrzeit, but an additional vow to fast on the yahrzeit. Generally, halacha follows the lenient opinion with regard to aveilut matters, so the stringent interpretation to fast during both Adars on the yahrzeit date is because of the vow.
The Adar referred to in the original vow might be understood as both Adars. According to Rema, Kaddish though, would only be recited on the yahrzeit in one of the Adars. Magen Avraham, who considers both Adars to be the true Adar, would rule that Kaddish and lighting the memorial candle is relevant in both Adars.
Rabbi Brisman relates the view of Tashbatz who says that the first year after the death of one’s parent, the fast would be on the first Adar because of the premise that mourning concludes at twelve months after the death. (Shach adds that according to this view, the fasting would be in the first month but the Kaddish and candle lighting would be done during both Adars during the first year.) Subsequent years would have the yahrzeit and fast held during the second Adar when there are two.
However, we, who follow Rema (where there is no contrary custom), would fast only on the yahrzeit in the first Adar.
As you see, the question is not simply which is the real Adar, but rather when are the time-related mitzvot to be performed during these two months.

We wish all an enjoyable Purim and may we all merit a speedy redemption where our dearly departed will join together with us to welcome Moshiach and then celebrate Pesach in the rebuilt Temple in Jerusalem.

Rabbi Yaakov Klass can be contacted at yklass@jewishpress.com. 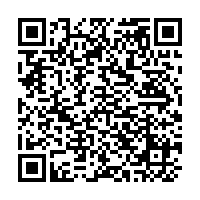