Question: This pandemic has created many difficulties for me. One of the most annoying is the mask requirement, especially in shul, where I spend many hours. Aren’t our First Amendment rights being trampled? Shouldn’t this be explained to the authorities in very clear terms?

Answer: I know your discomfort as I too find it very uncomfortable to wear a mask for a long period of time, especially if I’m davening for the amud.

We all want to be healthy, pandemic or not. In his Yad Hachazakah, the Rambam (Hilchot De’ot, ch. 4) lists numerous precautions a person should take to safeguard his health. Here are some of them:

The Rambam also discusses which foods are healthy in which seasons. Some foods that are appropriate for a younger person may not be appropriate for an older person. He even lists many foods (such as fruits) to avoid that we are very accustomed to eat today. (He allows these foods but only in small quantities.) He also goes through many other behaviors that a person should adopt to be healthy and live long.

In Hilchot Rotze’ach u’Shmirat Nefesh (ch. 14), the Rambam lists other matters that do not necessarily revolve around proper nutrition but are equally important in avoiding danger. Pre-eminent among them is the mitzvah of ma’akeh – to build a parapet around one’s roof as Deuteronomy 22:8 states: “Ki tivneh bayit chodosh v’asita ma’akeh l’gagecha v’lo tosim domim b’veitecha ki yipol ha’nofeil mimenu – When you build a new house, you shall make a parapet about your roof that you not bring blood upon your house if one shall fall from there.”

Rashi (Deuteronomy, ad. loc.) cites the Gemara (Shabbos 32a), which states: In the Yeshiva of R. Yishmael, they expounded on the words of “ki yipol ha’nofeil – when the faller falls” as follows: “He was destined to fall from the six days of creation.” How do we know that? Because he didn’t yet fall, yet the Torah already refers to him as “ha’nofeil – the faller.” But if so – if falls are pre-destined – why must a person build a fence around his roof and why is someone who doesn’t build one guilty of causing another’s death?

The Rambam (ad. loc, chap, 11:1, as per Kiddushin 34a) states that building a parapet is only necessary if the house is at least 4 x4 cubits and is meant for human habitation; for a storage facility or a cattle stall, etc., there is no need for a parapet.

He also writes that the requirement to build a fence applies to “any other matter that endangers human life to the point that one may die.” Thus, a person must build a 10-tefachim tall fence around a “well or a pit in his field, irrespective of whether it has water or not.”

He continues: “Because of pikuach nefesh, the Sages have prohibited many things. And anyone who violates these prohibitions and proclaims, ‘I will endanger myself and what business is this of others?’ or he says, ‘I am not meticulous in this regard,’ he is liable for beit din’s severe punishment of lashes for his rebelliousness.”

We thus see that a person is not permitted to endanger others or himself.

The Torah (Leviticus 19:18) states: “Lo tikom v’lo titor et bnei amecha v’ahavta l’re’acha kamocha Ani Hashem – You shall not be revengeful nor bear any grudge against the children of your people, but you shall love your fellow as yourself; I am Hashem.” Rabbi Akiva (Jerusalem Talmud, Nedarim 9:4) describes this verse as the “klal gadol ba’Torah – major rule of the Torah.” Hillel further explains what this commandment entails (Shabbos 31a): “That which is anathema to you, do not do to your friend.”

In effect, if a person loves his fellow as himself, how can he possibly do anything that may, no matter how remote the possibility, harm him?

At the present time, we are in a pandemic and one way to show respect and concern for our fellow man is to follow any precautions that have become accepted norms. Wearing a mask is admittedly uncomfortable, but it is a sign of respect for our neighbors and friends.

My own synagogue, Kahal Bnei Matisyahu in Flatbush, Brooklyn, became one of the first congregations upon reopening to enforce a universal masking rule of which I am very proud. Although some took exception and left us for a period of time, I was gratified when they came back and willingly wore their masks.

When we really care about others, nothing will stand in our way as we safeguard human life. Let us pray to G-d with all our hearts and seek His mercy, not only for us, but for all the peoples of the world. 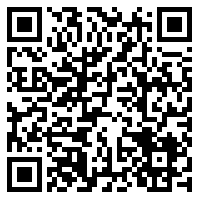