With memories of the Siyum HaShas still fresh in people’s minds, many Jews around the world have been purchasing a Tractate Berachot in order to take part in the 13th cycle of Daf Yomi, the daily study of one daf of Talmud Bavli.

Over the past few decades many tools have been developed to ease and encourage Talmud study. One of the most popular is the Schottenstein Talmud Bavli, a translated and elucidated edition of the Talmud published by ArtScroll.

The dream of making the entire Talmud accessible to English readers began in the mid-1980s. ArtScroll had already translated many classic Jewish works, including commentaries on the Bible, the Mishnah, and in-depth volumes on the Jewish holidays.

Rabbi Meir Zlotowitz, co-founder of ArtScroll, described a monumental leap forward for the Jewish publishing house that occurred in 1982: “Rabbi Yaakov Kamenetsky, zt”l, met with Rabbi Nosson Scherman and me and smilingly asked when we would begin elucidating the Talmud. We were taken aback. The Talmud? Such a mammoth undertaking? Could we even consider such an awesome project? Was the rosh yeshiva serious? He was serious. He said, ‘You should do it and you will do it, and if Hashem grants me years, when the time comes I will give you a letter stating my approval.’ ” Soon afterward, a team of more than sixty scholars was assembled to launch what would be a fifteen-year project. Apart from the core translation work, the authors were challenged to write a detailed commentary, replete with sources, questions and answers, and references for further research. Budget estimates for the project were daunting – upward of $21 million to produce the 73-volume set.

Early after the project launch, the ArtScroll founders were introduced to Columbus, Ohio, businessman and philanthropist Jerome Schottenstein.

“The Schottenstein family has historically been characterized by a remarkable love for Torah,” said Rabbi Nosson Scherman, ArtScroll’s general editor. “They’ve viewed the perpetuation of Orthodox life as a first priority.”

Born in 1926 to Ephraim and Anna Schottenstein, Jerome Schottenstein entered his father’s business, Schottenstein Stores Corp. (SSC), going on to found the Value City chain of furniture stores. (Years later, under the leadership of Jerome’s son Jay, SCC would become a holding company for its stakes in such familiar names as DSW, American Signature Furniture, and American Eagle Outfitters.)

For decades, Schottenstein and his wife, Geraldine, were known for helping found the Columbus Ohio Jewish day-school system and numerous other Jewish organizations. Jerome became a member of Yeshiva University’s board of trustees in 1980.

Upon learning of ArtScroll’s Talmud project, Schottenstein agreed to dedicate the first volume of Tractate Eruvin. ArtScroll had already achieved wide recognition for opening up Torah learning to a new generation of Jews who had, up to then, been locked out by the language barrier. Schottenstein resolved to underwrite the entire 73-volume project as a heritage gift to present and future generations of Jews.

Jerome Schottenstein passed away in 1992 and was able to witness the completion of only the first several volumes of the project. After his death, the project was continued by Schottenstein’s children, Ann, Susie, Lori, and Jay.

Jay and Jeanie also assumed the major sponsorship of the ArtScroll Talmud Yerushalmi.

“Other than being the source of some obscure quotes sprinkled throughout Jewish sources,” Rabbi Scherman noted, “the Talmud Yerushalmi was a forgotten study for over 1,600 years.”

Rabbi Zlotowitz explained that the terse and enigmatic vernacular of the Yerushalmi made it accessible only to the accomplished scholar. “In a generation where there is an accelerating uptick in serious Torah learning, the masses can now plumb this amazing classic,” he said.

“The Schottensteins are preserving and propagating yet another incalculable gift to the Jewish people.”

Rabbi Scherman, recalling conversations with leading roshei yeshivot of the 1980s, said, “The Talmud is the neshamah [soul] of Klal Yisrael, the key to its survival. It couldn’t be woodenly translated. It had to be elucidated – clarified, illuminated, explained, and expounded. Each tractate cover declares that it’s an annotated, interpretive elucidation. Jerome Schottenstein understood the operational implications of doing it this way – and he stood behind each difficult step of the development.” 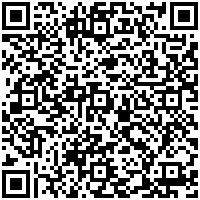