The hour was late, the Rebbe just shrugged his shoulders, and the class was dismissed.

Well, 17 years later, I am not shrugging my own shoulders.

Rather, I am deeply concerned that a new religion, though close to Judaism but is not part of it, is being formed based on so-called “frumkeit” that is not defined as a mere “Chumra” [stringency], but rather actually violating clear laws and regulations set down by God for the Jewish people to follow, as I will explain.

A Chumra, or one being stringent upon himself/herself, is a known, well-established phenomenon that dates back in time to the first Mishna in Tractate Avot stating that the Rabbis should be ordaining a סייג לתורה [a safeguard around the Torah].  As explained by Rabeinu Yona [ad-loc]: והסייג הוא דבר גדול ומשובח לעשות סייג וגדר למצות בל יוכל להכשל בהם הירא את דבר ה’“ [“the safeguard is   great and praiseworthy, to create a safeguard to the commandments so that one won’t stumble in them if one is God fearing.”]! But let’s be clear; we are not speaking about being stringent with your standard of Kashrut in your home or the times you allow yourself to pray.

Rather, the above stories represent a new phenomenon in which we take the law, and after deciding that the law is X (which, in it of itself, can be a law incorporating a needed Chumra already), we go ahead and say: “But I’m frumer then the Halacha, I’m frumer then what the Torah says!”

These are not stringencies in Jewish law and lore, this is an outrage!

Where in the Torah does it say that when you are in danger, you can decide that you are “frumer” than it and allow yourself to go to a Mikvah (which is not an obligation, nor Mitzva by any account) rather then receive medical care?!

–Does it make sense to refuse to print the first-name of women in newspaper articles as a “Chumra” when endless Parshas of the Torah have the first names of Sarah, Rivkah, Rachel and Leah?

–How can endless stands in life take on the category of ייהרג ואל יעבור [you shall die rather than violate], as the Talmud [Tractate Sanhedrin 74a] establishes three, while today the list seems to include going to the army, listening to a women sing, and more.

–How can a pregnant woman, with strict orders to remain on “bed-rest” (at risk of going into labor after just 28 weeks of her pregnancy) “insist” that no Doctor/Nurse/Rabbi can tell her not to stand for the “Amida” each morning – despite almost an entire chapter in the Code of Jewish Law [OC, Chapter 94] elaborating when it is permissible to say the “Amida” sitting down [from driving on a donkey/boat/wagon and obviously when there is danger to the fetus] – as ” it was a segula for children because Chana davened standing up at the Mishkan in Shiloh”??!

–How can a woman in labor – who was just told by doctors that she must have an emergency Cesarean Section and that she must not to eat for fear that she would choke under general anesthesia – go and eat an “Etrog dish,” since this is far more important than the doctor’s orders because “it was a segula for righteous children”? Does putting your life in danger [i.e. risk of choking] not take precedence over the Etrog dish?

–Is it even possible that a woman in advanced labor refuses to be admitted (at risk of her baby not being born), since only male doctors were on call?

–Is there any “Heter” [leniency] for a women to outright “lie” about having two former cesareans (which, according to common medical procedures, does not allow you to have a natural birth any more, due to complications that can danger the mother) as she was set on having a natural birth, because after all, she slept for the last 9 months with the Noam Elimelech book under her pillow, which would help overcome all challenges?

–And finally, is there anyone of stature in the Rabbinic world, who would sanction a woman’s refusal to remove her clothing to a sterile hospital gown before surgery, while already bleeding, in front of only women doctors and staff, as it was not “modest” enough in her eyes?

The above is a sad and yet real description of Jews who do not listen to the dictates of Jewish law, and – I’m sure – did not consult Rabbis of stature; their behavior runs counter to the dictates of Halacha is such scenarios.  And yet, when reading the above, my assumption would be that a typical reader would assume that this is “frumkeit, a high-level of Jewish religious observance! 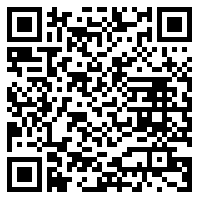