Yankel Rosen needed a loan, but because of his low credit rating the bank refused to grant him credit. He turned to Mr. Mann, who was in charge of the local loan fund, and inquired about the possibility of receiving a $20,000 loan.

“At the moment, the fund is strapped for cash,” replied Mr. Mann. “Try again in a month. Be aware that we also require two guarantors.”

“I was able to arrange a loan from my brother meanwhile,” Yankel said. “This way I don’t have to bother with guarantors. He’s charging me just the 1.5 percent he could have earned in the bank.”

Some months afterward, Mr. Mann was sued in Rabbi Dayan’s beis din. “I’d like to present my first witness,” said the plaintiff.

“Who is he?” asked Rabbi Dayan.

“I spoke with Yankel a few months ago and he told me he borrowed on interest from his brother,” replied Mr. Mann. “That’s makes him a rasha [transgressor] who is disqualified from testifying.”

Rabbi Dayan turned to Yankel. “Did you borrow from your brother on interest without a heter iska?” he asked.

“Yes,” said Yankel, “but I know a lot of religious people who borrow from their relatives.”

“Borrowing on interest from another Jew is not allowed without a heter iska,” said Rabbi Dayan. “You know that.”

“Yes, but I’m not paying interest of substance,” said Yankel. “I just agreed to pay him the 1.5 percent he could have earned in the bank. What’s wrong with that?”

“It is prohibited to borrow on interest without a heter iska,” replied Rabbi Dayan, “even if you pay only the percentage the lender could have earned in the bank.”

“Then Yankel is disqualified to testify!” said Mr. Mann.

“Indeed, a person who borrows on interest is disqualified from testifying,” acknowledged Rabbi Dayan. “The Gemara in Sanhedrin 24b explicitly states that not only the lender is disqualified, but also the borrower, since he also violates ‘lo tashich l’achicha – do not take/give interest to your brother’ and ‘lifnei iver – causing sin.’ [C.M. 34:10; Y.D. 160:1] However, in our case, Yankel is not disqualified.”

“First, a priori a person is presumed to be upright and qualified,” answered Rabbi Dayan. “One is not disqualified based on his own admission, following the principle ‘ain adam meisim atzmo rasha – a person is not believed to render himself wicked.’ Thus, although Mr. Rosen admitted borrowing on interest, he is not disqualified unless there is external confirmation.” (C.M. 34:25; Pischei Teshuvah C.M. 34:38,40)

“What if his brother testified?” asked Mr. Mann.

“His brother also cannot testify, since he is a relative,” replied Rabbi Dayan. “Yankel can be disqualified only if two valid witnesses testify against him.”

“If I bring witnesses then he will be disqualified?” asked Mr. Mann.

“In theory, yes,” said Rabbi Dayan, “but still not in this case.”

“A person is only disqualified if he was aware of the violation and nonetheless compromised his principles for monetary gain,” explained Rabbi Dayan. “However, if there is reason to believe the person was unaware of the prohibition and violated unwittingly, he is not disqualified.” (C.M. 34:4,24; Shulchan Aruch Harav, Eidus #7; Pischei Choshen, Eidus 2:28)

“From Mr. Rosen’s response, it seems he was unaware that borrowing on interest under these circumstances is prohibited,” concluded Rabbi Dayan. “Therefore, even if witnesses attest to this loan, he will not be disqualified, unless he continues to pay interest henceforth without arranging a heter iska.”

Laws Prohibiting The Charging Of Interest (Bava Metzia 63b) 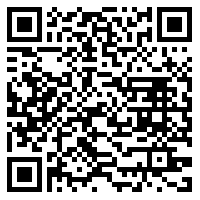