Rabbi Dayan was visiting an out-of-town community during the summer where he was approached by two members. “We have a monetary dispute, but there’s no beis din here,” they said. “Would you be willing to form a beis din with two kollel students to adjudicate our case?”

Rabbi Dayan agreed. Both sides presented their respective cases to the newly-formed – beis din, and once they had done so, Rabbi Dayan and the two kollel students convened to discuss the ruling.


“It’s clear to me that the defendant is exempt,” Rabbi Dayan said to students.

“We think he’s liable,” they responded.

“On what basis?” asked Rabbi Dayan.

The two kollel students explained their rationale, which was based on a sefer they had learned.

“I’m sorry, but I believe you misunderstood that sefer,” Rabbi Dayan said. “Moreover, other poskim rule otherwise. I can also tell you from experience that batei din do not accept your opinion.”

Rabbi Dayan opened book after book, trying to convince them that he was right. However, they remained adamant.

“What are you going to do?” Rabbi Dayan’s son asked him. “You’re outnumbered, but it seems ridiculous that the ruling should follow two kollel students against you! Perhaps you can get a majority on your side by adding two dayanim to the beis din, which you’re allowed to do if you say you’re undecided [Choshen Mishpat 18:1].

Rabbi Dayan replied, “The Beis Yaakov [Tzivmir (#15)] rules that a dayan in the minority cannot say he’s undecided if he’s not. However, the Shvus Yaakov [1:138] allowed a disciple who judged with two unlearned people – who were going to rule according to their logic rather than halachic logic – to say, ‘I am undecided,’ so that dayanim could be added.

“Although saying ‘I am undecided’ is not truthful, the dayan who knows the halachic truth should be more concerned about the potential perversion of justice and judging truthfully than the honor of the other dayanim which may be slighted if more dayanim are added. By handing down a proper ruling, he is also bringing about peace.

“The Chida [Birkei Yosef 18:3-4] maintains that the third dayan may not say he’s undecided if the other dayanim are learned, even if they’re not as learned as he is. If he says he’s undecided in this case, he violates ‘mi’dvar sheker tirchak.’ He cites the Gemara (Shavuos 31a), which applies this verse to cases in which the litigant or witness wishes to tell a ‘white lie’ to bring about a true verdict. A dayan may not try to ‘outsmart’ the Torah law that rulings follow the majority opinion of the judges.

“However, if the other two dayanim are unlearned and are perverting halachic justice with their ruling, it is proper to say ‘I am undecided’ so that additional dayanim may be added to the beis din [Pischei Teshuvah 18:4].

“Rav Ovadia Yosef [Yabia Omer, Choshen Mishpat 2:3] writes that once a dayan forms an opinion, he may not evade his responsibility to rule. And his minority opinion is nullified in the face of the majority opinion provided that the majority opinion has a halachic basis. Therefore, the third dayan may not withdraw from the case or state deceitfully that he is undecided.” 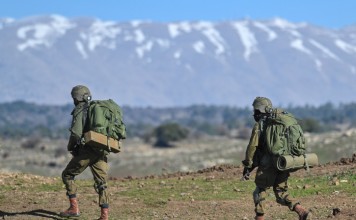 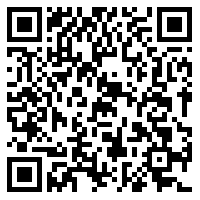