In the shul where Rabbi Dayan davened, Mr. Amitai bought Maftir Yonah for a significant sum on Yom Kippur night. In the morning, though Mr. Amitai didn’t feel well. As Shachris progressed, he felt even weaker, so he asked one of the doctors in shul whether he should eat.

“Given your medical history and how you feel, you need to get liquid into you,” the doctor replied.


Upon consultation with Rabbi Dayan, the doctor decided that Mr. Amitai should be okay if he drank small quantities every 10 minutes. “If you get weaker, the doctor says you need to drink regularly,” Rabbi Dayan warned him. “We don’t take chances with piku’ach nefesh!”

By the afternoon, Mr. Amitai felt much better, but the gabbai wasn’t sure if he should call him up for Maftir Yonah. “I know you bought it,” the gabbai said, “but if you’re not fasting, I’m not sure I can give it to you. I’ll have to ask the rabbi.”

The gabbai and Mr. Amitai approached Rabbi Dayan. After contemplating the matter, Rabbi Dayan said, “Shulchan Aruch rules that we shouldn’t give an aliyah on a fast day to someone who isn’t fasting. However, many poskim write that it’s only a leining that is required because of the fast to which he can’t get an aliyah. He can get an aliyah, though, to a leining that’s required regardless of the fast” [Orach Chayim 566:6].

“Yom Kippur is a holiday in addition to being a fast day. Therefore, Rabbi Akiva Eiger [Responsa 1:24] rules that even a person who isn’t fasting on Yom Kippur can receive an aliyah in the morning since every holiday has leining in the morning. (Some recommend, though, that he not get the fifth or sixth aliyah since these aliyos mention fasting explicitly [Pischei Teshuvos 621:1].)

“Rabbi Akiva Eiger remains in doubt, though, regarding the leining for Minchah. A regular yom tov doesn’t have leining at Mincha, so it’s unclear if this leining on Yom Kippur is due to the sanctity of the day or due to it being a fast day (we always lein on a fast day at Minchah – although a different section of the Torah entirely).

“This question is not resolved. The prevalent practice is to only give someone an aliyah if he’s fasting, but the Chasam Sofer [1:157] and Minchas Elazar [2:74] are lenient. If a donor will be embarrassed by being stripped of an aliyah that he bought, the gabbai can rely on this leniency.

“Furthermore, Mr. Amitai only drank minimal shiurim, which means that according to many authorities, he is still considered to be fasting, so he can receive his aliyah [Shemiras Shabbos K’Hilchasah 39:38(122)].

“If Mr. Amitai isn’t called up, though, he doesn’t have to honor his pledge – unless he decides to award the aliyah to someone else,” concluded Rabbi Dayan, “since he was prevented from having the aliyah on account of a medical oness. The pledge was made with the understanding that he would receive the aliyah. The gabbai can give the aliyah to the next highest bidder, who should pay what he offered during the auction” [Yoreh De’ah 232:6, 12; Magen Avraham 154:23]. 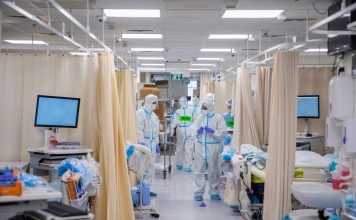