Chanukah was in the air. All around town, menorahs burned brightly in people’s windows.

“We need some more oil,” Mr. Sherman said to his wife. “Could you please pick up a bottle this afternoon?”


Mrs. Sherman stopped off at a store in the afternoon. Stocked on the shelves were bottles of oil – lighting oil for $10 and (higher quality) edible oil for $13. One bottle of edible oil, however, was accidentally marked up as $10.

Mrs. Sherman was tempted to buy the higher quality oil at the lower price, but wasn’t sure if doing so was proper, so she called her husband, who called Rabbi Dayan.

After hearing Mr. Sherman’s question, Rabbi Dayan said, “Some states have consumer protection laws that require retailers to honor the price listed on the item, so some authorities rule that the rule of dina d’malchusa dina applies [Rema 369:8]

“Moreover, since licensed stores operate according to government laws, honoring prices is minhag hamedina according to some authorities.

“Others disagree, though, and maintain that dina d’malchusa dina does not apply in such cases, especially when the error is obvious. Some even apply the rules of ona’ah, which take into account the discrepancy between a mistakenly listed price and the going market rate for a product. (The laws of ona’ah, however, are less relevant when the buyer and seller have different price expectations.) [Mishpatecha l’Yaakov 6:22]

“In addition, when there is an apparent mistake, there is a mitzvah of hashavas aveidah to alert the store manager or staff to the error. Hashavas aveidah entails not only returning lost items, but also sparing another person unexpected loss. For example, if you see water about to flood your neighbor’s property, you are obligated to try to divert it. [Choshen Mishpat 259:9]

“Therefore, you shouldn’t buy the $13 bottle that was accidentally marked up as $10. It would almost be like taking a lost item with intention of keeping it rather than returning it to the owner. If you’d like, you can notify the manager – not the cashier – before checkout and ask if he can charge you the lower price. If he says yes, he has willingly been mochel the difference, which also addresses the possible issue of ona’ah. If he says no, you should not insist.

“If you discovered the error after going through checkout and the store does not want to honor the lower price, you can return the item and get a refund.” 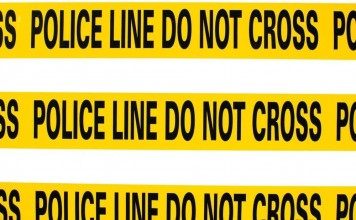 4 Police-Related Deaths and the Importance of Context