Mr. Krumbein just received a new credit card with five percent cash back on appliance purchases and also an introductory bonus of 50,000 points if he spent $5,000 during the first three months.

“My fridge just broke,” his neighbor, Mr. Brayer, lamented to him one day. “It’s a big expense to replace it, but I have no choice.”


“Sorry to hear,” Mr. Krumbein said. “If you want, I’m happy to charge it to my credit card. I actually will benefit if you do.”

Mr. Brayer thought for a minute. “I’m happy to charge it to your credit card,” he said, “but I’m concerned about ribbis.”

“The way I see it, you’re offering to lend me money for a few weeks so that you get cash back and points,” explained Mr. Brayer. “I’m concerned that this may be considered ribbis since you’re gaining from your loan to me!”

“I never thought of that,” acknowledged Mr. Krumbein. “I’m not really lending you anything, but let’s ask Rabbi Dayan to be safe.”

After hearing the question, Rabbi Dayan said, “This arrangement is permissible. First, if you, Mr. Brayer, pay Mr. Krumbein immediately, he is not lending you anything at all. If you pay him later, the money he is advancing on your behalf is considered a loan [Yoreh De’ah 170:1-2], but there is no problem of ribbis.

“A person can also pay a third party to arrange an interest-free loan for him since he’s paying a broker, not the lender. The third party, though, shouldn’t pay anything to the lender since it could lead to haaramah (deceptive circumvention) [Yoreh De’ah 160:16].

“In your case,” concluded Rabbi Dayan, “Mr. Krumbein does not get any benefit from you. The cash back and points from the credit card company are given automatically, unrelated to whether you pay Mr. Krumbein immediately or later. They are also not given on your behalf or upon your instruction, so there is no issue of ribbis, even though Mr. Krumbein benefits from the loan [Bris Pinchas, Sefer Hateshuvos 9:112].”

Campaigning During A Pandemic 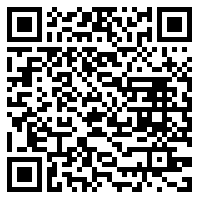