Many chasidic women have the custom to shave their heads after marriage. Some Chasidic sources call the practice “one which derives from our holy ancestors…it was a condition for marriage…it is only the ‘modern ones’ who say that just covering the hair is enough…”1 Other Chasidic authorities assert that “those who don’t shave their heads should be considered promiscuous.”2 Some Chasidic brides even shave their heads immediately following the chuppa ceremony though most wait until the following morning.3 It is customary in such communities to give a woman gifts on the occasion of shaving her head and sources tell me that in Boro Park this custom is often discharged with diamond earrings.4

It goes without saying that this practice is not halachically required and it is clear from the Talmud that it did not exist in ancient times.5 In fact, the Talmud itself declares it “repulsive” for a husband to be forced to see his wife without hair.6 Moreover, since biblical times, forcing a woman to shave her head was regarded as a form of punishment.7 Sefardic women have never had the custom of shaving their heads.8 It might even be forbidden for a woman to shave her head as doing so is considered by many to be a violation of the prohibition against imitating the practices of a man!9 Nevertheless, it is worth exploring the issue and trying to understand how the practice began.


There is some discussion in halachic literature that seems to suggest that a woman’s hair might be a chatzitza, a forbidden interposition between her body and the waters of the mikva in which she immerses each month.10 This, however, is only an added stringency and not a true halachic concern. Indeed, one does not find any objection in halachic literature regarding Chasidic women who go to the mikva before their wedding (which takes place before they customarily shave their hair) claiming that the immersion was invalid due to their hair!

Another reason for the practice is the concern that some of a woman’s hair might remain on the surface of the mikva water and not be fully immersed.11 So too, if a woman’s hair is too long she might be forced to crouch or position herself in an odd manner to ensure that all her hair is submerged under the water, which should be avoided.12 Similarly, knotted hair disqualifies a mikva immersion and the absence of hair ensures that this is of no concern.13 However, it is for reasons such as these that there is always an attendant present who observes the immersion and ensures that the entire body – including all hairs – is successfully immersed in the mikva simultaneously.

Some sources attribute the custom to shave the head to a mysterious passage in the Zohar which seems to suggest that a woman should shave her head before going to the mikva each month.14 This is based largely on the kabbalistic teaching that hair which grows during a woman’s nidda period is impure.15 Most others, however, simply interpret the passage as encouraging women to trim their hair each month before going to the mikva, similar to the practice of cutting their nails before immersion. In any event, this passage is not cited in any of the normative halachic codes as a reason for a woman to shave her head.16

Another explanation for the custom is based on a concern that a woman’s hair might become unintentionally exposed from under her wig or other hair covering.17 There is also a theory that women began to shave their heads to deter the rape which was rampant as part of the pogroms that Jewish communities suffered in Europe. It is even suggested that the custom evolved so that women do not accidentally violate Shabbat by squeezing out their hair if it were to get wet!18

Those who follow the custom to shave their head before going to the mikva generally do so three days before they expect to immerse. This three-day interval between the haircut and the immersion is to ensure that any loose or partially cut hairs which remained after the haircut would have fully fallen away by then. Otherwise, such hairs might constitute a chatzitza.19

Rav Ovadia Yosef goes to great lengths to prove that hair is not a chatzitza and that there is no halachic basis whatsoever for women to shave their heads.20 Rav Moshe Shternbuch says that the custom has no halachic source and concludes that it was probably instituted to ensure that none of a married woman’s hair ever becomes exposed in any way.21 It is also noted that women often do not get around to having their hair cut for quite some time after childbirth. As such, it is common for even Chasidic women to have long hair when immersing in a mikva for the first or second time following childbirth.22 A Chasidic woman who marries a non-Chasidic man is required to abide by her husband’s wishes if he does not want her to shave her head.23 Indeed, in all such matters a woman must follow the customs of her husband. 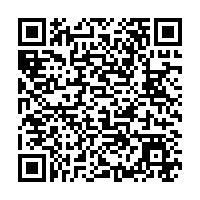