There is no defense to a claim based on a properly-drawn up promissory note signed by witnesses who testify that the signatures on the note are theirs or whose signatures have been confirmed by the court comparing them to signatures it has on file.

There is one situation, however, in which the defendant cannot insist that the court make the plaintiff swear. That situation is one in which the plaintiff sued on the basis of a shtar amanah. A shtar amanah is a promissory note written by a potential borrower and handed over to the lender on trust in case the borrower should ever need a loan. If he should, the pre-prepared promissory note, already in the possession of the lender, is used as evidence of the loan, thereby saving the time that would otherwise be required to prepare it.

In handing over the promissory note to the lender – even though no loan was made at the time – the borrower trusts the lender not to produce it and sue him unless an actual loan takes place. If the lender sues on the note, the borrower is barred from claiming that he does not owe the money because in agreeing to place the note with the plaintiff on trust, he has agreed not to raise any defense, not even the defense of forgery. The lender who sues on the basis of a shtar amanah can, therefore, collect from the borrower without the need to take an oath.

The Mechaber stresses that even when we aren’t dealing with a shtar amanah, the defendant cannot make the plaintiff take an oath if he has already been caught in a lie by claiming never to have borrowed money when witnesses or a promissory note confirm that he did. 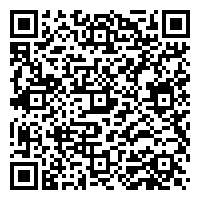