Unconfirmed reports said Thursday that the United Nations Disengagement Observer Force is pulling out of the Golan Heights.

The multinational forces were evacuating their positions, according to the report, posted on the Rotter website.


UNDOF was established by UN Security Council Resolution 305 on May 31 1974, to implement Resolution 338, calling for an immediate cease-fire and disengagement between Israeli and Syrian forces on the Golan Heights to end the 1973 Yom Kippur War.

The mandate that maintains the force has been renewed every six months since that time and is due to be renewed again on June 30 of this year.

During the Syrian civil war, the buffer zone between Israeli and Syrian forces has led UN observer forces to reconsider the mission “due to safety issues,” stemming from the Quneitra clashes between the Syrian regime forces and the opposition fighters, according to an article on Wikipedia. The violence intensified between 2012 and 2014, spilling into the UN-supervised neutral demilitarized zone in the Golan Heights.

Firing from the war has sometimes also spilled over into Israel as well; in response to such cases, the Israel Defense Force returns fire to remind those behind the gunfire that Israel is not in that war.

It is possible the UNDOF is evacuating due to the current tensions between Iran and its proxies, and Israel. There was no response to a query sent by JewishPress.com to the headquarters of the United Nations Disengagement Observer Force.

The escalation has led to a direct exchange of hostilities between Iran and Israel for the first time ever, over the past several weeks, with Iran launching its first missile barrage at Israel shortly after midnight on late Wednesday night, May 9. 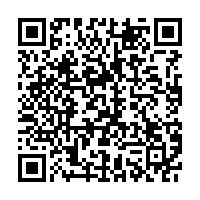