When a couple gets engaged, it is customary in certain circles for their parents to write “tannaim” – a contract of sorts in which each side details its financial obligations for the marriage. In some communities, it used to be customary to write these tannaim twice: once when the engagement was announced and again immediately before the wedding. These two agreements were called tannaim rishonim and tannaim acharonim.

Why were two tannaim necessary? The Rema (C.M. 245; E.H. 51) explains that the first tannaim were not necessarily enforceable in a court of Torah law. As the Shulchan Aruch writes, “If a person writes in a contract that he will give someone something, the beneficiary has no claim to it, even if witnesses sign the contract.” The benefactor can say he changed his mind and refuse to pay. Some poskim, however, maintain that if there was a legal act of acquisition (a kinyan, such as lifting up a handkerchief as a sign of acquisition), the benefactor must honor the contract. The Rema, therefore, explains that the first tannaim does not involve a kinyan while the second does.

This explanation raises the very obvious question, though: What is the point of the first tannaim if they are not legally binding? The Sma (ibid, s.k. 4) explains that the first tannaim serve as a means of the parents stating their intentions. They do not actually commit to fulfill these intentions, though, until the second tannaim are signed before the wedding.

Are the second tannaim valid even without a kinyan? From our Gemara it seems that they are. The Gemara records the following sample conversation between parents of a couple about to be married: “How much do you give to your son? Such and such an amount. How much do you give to your daughter? Such and such an amount.” The Gemara then states: “If they then rise and make a marriage, they are obligated to fulfill their commitments since this is a case in which ownership is transferred by a word.”

The commentaries explain that transfer of ownership normally requires a kinyan to demonstrate that the two sides are fully decided. In the case of a couple getting married, however, it is obvious that their parents are fully decided since they are so overjoyed to see their children married. Therefore, no kinyan is necessary for the second tannaim which are written immediately before the wedding (see Maharitz, 213; Shufrei D’Yaakov 14; Makneh, Kuntrus Acharon on Shulchan Aruch, 51; Otzar HaPoskim 51, s.k. 23; Atzei Arazim, 51 s.k. 10).

The Mashivas Nafesh (70, cited in Otzar HaPoskim ibid, s.k. 24) suggests another difference between the two tannaim. He writes that when a person obligates himself to give a specific object, his commitment is not legally binding. Why? Because we argue that had he been serious, he would have just given the object itself rather than given a promise to hand it over it in the future. However, in the tannaim, parents do not promise to give a specific object. Rather, they accept upon themselves a certain monetary obligation. This acceptance of an obligation is binding and enforceable in a court of Torah law. Thus, the first tannaim are legally binding.

If so, why write a second tannaim? To prevent the two sides from later claiming that they already gave the money they had promised during the course of the engagement. To preclude any such excuse, we have them renew their commitments immediately before the wedding. 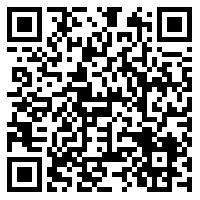