ISIS released an audio message which it claims is from its leader, Abu Bakr al-Baghdadi. The message was posted on jihadist websites. The message urges all Muslims to carry guns and fight on behalf of the “caliphate.”

The ISIS leader also had a veiled message for the last several U.S. presidents.


“O Muslims, Islam was never for a day the religion of peace. Islam is the religion of war,” the voice purporting to be Baghdadi said. He called upon Muslims around the world to either make their way to the Islamic State or “fight in his land, wherever that may be,” according to the news site Vocative.

The voice on the audio allegedly sounds like al-Baghdadi’s, which is significant because he has not been seen or heard from in months. There have been rumors that al-Baghdadi was killed in a drone strike in November.

“There is no excuse for any Muslim not to migrate to the Islamic State,” the message continues, informing all Muslims that joining the fight “is a duty on every Muslim. We are calling on you either to join or carry weapons wherever you are,” the voice, purportedly of al-Baghdadi, insists.

The message was issued by ISIS’s al-Furqan media outlet and posted on several jihadi sites.

Although the message was audio and not visual, the voice that sounds like al-Baghdadi’s mentions the air campaign against the Houthi rebels in Yemen, which is led by the Saudis. Those airstrikes began in late March, which suggests that it is a recently made message. 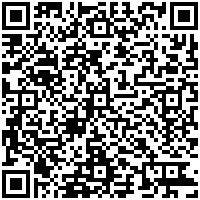