Editor’s note: Last week’s article incorrectly stated that the mother in the second couple had been told that she could not have another child. She had not been told that. And in addition to the new doctor recommended by the first couple (and of course the Almighty) they received a berachah from the Lubavitcher Rebbe and a year later their little girl was born.

I cannot help but think of it as the most wonderful way to celebrate a Sweet Sixteen, sans the beautifully decorated princess cake and requisite piece of gold jewelry. What we received instead was definitely less fattening and infinitely more precious. After sixteen years in chutz la’aretz (My, how time flies!), several false starts and countless heartfelt prayers, we were finally on our way back to the Holy Land.

Once again, we did not exactly plan our return aliyah (our “second coming,” as we fondly referred to it) the way most (normal) people do. In all honesty we did not spend years researching neighborhoods, job opportunities and educational prospects. On the other hand, we did not just hop on a plane, proclaiming, “G-d will provide” either. Although, truth to tell, our long-awaited homecoming actually more closely resembled the latter scenario than the former, as anyone who knows us, or more accurately my husband, can surely attest.

We did have a slight inkling of how we would manage to put food on the table, but pitifully little more than that germ of an idea. My husband did some preliminary homework before we left, contacting former colleagues and friends to inform them of our impending move, and putting out feelers for possible employment opportunities. He likewise contracted with the school he was leaving, after nine mutually wonderful years at the helm, to continue writing their Judaic curriculum from our new address 9,000 miles distant. So we were assured that he would, be’ezras Hashem, continue bringing in some income for the next three years. A paltry salary to be sure, very far indeed from a living wage, but certainly better than nothing.

Then, the manna began to fall once more. And like the manna that sustained our ancestors for forty years in the desert, it was far from excessive, but had a uniquely delectable Divine taste and origin.

First a former Bnei Akiva shaliach to our city, who had since returned to living and working in his native Israel, gave him a call.

“I’m running an excellent program for teenagers from abroad,” he shared, his enthusiasm reverberating over the phone line. “Schools from different countries send their eleventh grade students for three months of Torah study and sightseeing. Are you interested in teaching for us?”

With lots of time on his hands and a wealth of teaching experience under his belt, his answer was a no-brainer. To say that the meager Israeli salary he was quoted was “nothing to write home about” was an understatement of colossal proportions. But the hashgacha pratis did not end there.

For starters, the overwhelming majority of his students were exceptionally respectful and well behaved; moreover, they were literally thirsting for knowledge and Yiddishkeit. They were in fact every mechanech’s dream class. My better half would most likely have taught them without receiving even an agorah’s compensation. He effortlessly forged a strong enduring relationship with virtually each and every one of them. And soon that liaison proved considerably more beneficial for everyone concerned.

At some point during their three-month stint, the principal of that 1,000 student strong school took a lengthy plane flight to Eretz Yisrael to check up on his eleventh grade students. And during his brief fact-finding mission, he met and spoke with my husband as well. 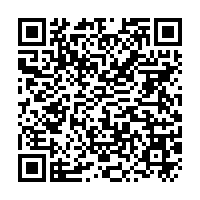