Unsaying Words
‘He Uttered Hashem’s Name In Vain’
(Temurah 3b)

The Yerushami (Berachos 6:1), Rishonim (Tosafos, Berachos 39a, s.v. “Bezar“), and Shulchan Aruch (Orach Chayim 25:5 and 206:6) all state that a person who says a berachah l’vatalah (a blessing in vain) should immediately say, “Baruch shem kevod malechuso le’olam va’ed” afterward.

What if a person says Hashem’s name in vain but not in the context of a berachah? Should he say, “ Baruch shem…“? The Rambam (Hilchos Shevuos 12:11) writes that he should. The Tur and Shulchan Aruch, however, do not mention this case. Does that mean they disagree with the Rambam?

Rabbi Yitzchak Arieli, zt”l, discusses this matter (Einayim Lamishpat, Berachos 39a), noting a disagreement among Rishonim on why saying a berachah l’vatalah is wrong and why saying “Baruch shem…” after it is necessary.

A Disagreement About the Source

Is saying a berachah l’vatalah as bad as saying Hashem’s name in vain outside the context of a berachah? One can make the argument, as some Rishonim do, that it is not as bad – and not biblically prohibited – since one is at least still praising Hashem. The words “Blessed are You, Hashem…who created the fruits of the tree” still constitute a praise of Hashem even if one doesn’t eat a fruit after saying them.

In other words, the Rambam believes that saying “Baruch shem…” after a berachah l’vatalah converts a needless mention of Hashem’s name into a non-needless one. Indeed, the Rambam writes clearly: “he should rush immediately and praise and glorify Him so that it will not be mentioned in vain” (Hilchos Shevuos).

According to the Tur, however, saying “Baruch shem…” only serves to atone for mentioning Hashem’s name in vain. As the Tur writes: “because he mentioned Hashem’s name in vain, he should accept the yoke of the kingdom of Heaven” (see Aruch Hashulchan, Orach Chayim 206:16).

Since the Tur maintains that saying “Baruch shem…” serves as an atonement, it can be said after saying a berachah l’vatalah, which, in his opinion, is only a rabbinic prohibition. It does not, however, suffice to atone for mentioning Hashem’s name in vain, which is forbidden by the Torah, and therefore there’s no point in saying it.

In contrast, since the Rambam maintains that saying “Baruch shem…” allows one to skirt a prohibition, one should always say “Baruch shem…” after saying Hashem’s name in vain – whether in the context of a berachah or otherwise.

According to the Tur, however, saying “Baruch shem…” serves as an atonement and thus need not be said immediately after the berachah l’vatalah. If one says it 10 seconds later, for example, that is also fine. 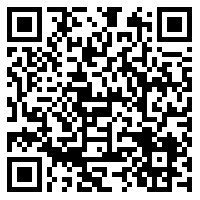