For the first time in my life, I did not root for an American team. Whatever the sport, I have always rooted American. But if those who called into my radio show were representative of my audience, many millions of Americans made the same sad choice as I did.

It takes a lot for people like me not to root for an American team. But Megan Rapinoe, the foul-mouthed star of the team, and her fellow players made it possible.

The U.S. women’s team disgraced itself. Either its members were cowed into submission by Rapinoe or they agreed (or, at least, never disagreed) with her attacks on the president, her usage of an expletive in describing the White House, her refusal since 2016 to participate in the national anthem, and her repeatedly shouting an expletive during the team’s parade in New York City.

Rapinoe is a great soccer player. Other than that, she is unimpressive. She comes across as arrogant, a fool, and a lowlife.

Why a fool? Because she thinks she has something important to say to the American people and that we need to hear it because she is a great soccer player. She is not alone in this conceit. Tom Steyer and other billionaires think the same thing about themselves – that because they are better at making money than almost everybody, they must be wiser than almost everybody.

Why is Rapinoe a lowlife? What would you label any adult who constantly used an expletive in public (especially during events when children are expected to be present or watching)? Or does being a star – like the foul-mouthed Robert De Niro – make you less of a lowlife?

The American women’s soccer team is unified in protesting on behalf of “equal pay for equal work.” They regard their team as a perfect example of injustice because its members receive less money than members of the U.S. men’s soccer team – despite the fact that the women have a much better record.

But there is a reason male players earn more. Among other things – such as the women’s team’s vote for financial security in the form of guaranteed salaries rather than revenue share – men’s soccer generates far more money than women’s soccer.

According to the Los Angeles Times, FIFA’s “2018 financial report said it earned revenue of $5.357 billion from the men’s tournament in Russia. … Forbes estimated the Women’s World Cup will generate about $131 million for the four-year cycle ending in 2022.”

There are only two ways to equitably ensure male and female players earn the same amount of money. One is to pool all the money earned by both teams and then distribute an equal amount to all the players, men and women. The other is to end gender-based teams: Men and women compete to play on one team (composed of both men and women), and any woman who makes the team is guaranteed the same income as any man on the team.

Until then, the women’s soccer team and the left want to have their cake and eat it, too. (Sen. Kirsten Gillibrand, for example, tweeted this non sequitur: “Here’s an idea: If you win 13-0 – the most goals for a single game in World Cup history – you should be paid at least equally to the men’s team.”) They want women to have their own soccer teams – because biology has made it impossible for almost any woman to successfully compete with men in sports – yet earn the same amount as men do.

With their politicization of their victory, their expletive-filled speech, and their publicly expressed contempt for half their fellow citizens, the women of the U.S. women’s soccer team succeeded in endearing themselves to America’s left. But they earned the rest of the country’s disdain, which is sad. We really wanted to love the team.

What we have here is yet another example of perhaps the most important fact in the contemporary world: Everything the left touches, it ruins. 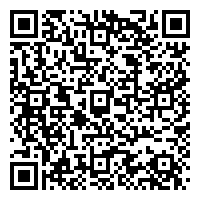