Our sugya distinguishes between a shogeg and a misasek. A shogeg is a person who does a forbidden act, such as plowing a field in Eretz Yisrael during shemitta, because he forgot that it’s forbidden. A misasek, on the other hand, is a person who acts in such a manner that a forbidden act is unintentionally committed as a result of his behavior. For example, he pulls a plow to a storeroom next to a field during shemitta and thereby unintentionally plows the ground underneath.

A shogeg must bring a chattas offering, but a misasek need not bring a korban or pay any other penalty.

Free of Transgression or Free of its Penalty?

This position carries many implications. For one, it means a misasek needs atonement. It also means the rule of “kim lei biderabah minei” (the harsher penalty is adequate) applies to him.

If a person faces two punishments – death and a financial penalty, for example – for the same act, he is only given the harsher penalty. This rule also applies to a shogeg. Even though a shogeg is not killed, he is exempt from the lighter punishment because he committed a transgression that, if intentionally committed, is punishable by death.

Since a misasek is regarded as having transgressed, the rule of kim lei biderabah minei would apply to him, according to Rabbi Akiva Eiger. (His chiddush does not concern a misasek who did a melacha on Shabbos because a Shabbos melacha must be intentional [meleches machasheves].)

Rabbi Akiva Eiger’s position led to much discussion among Achronim. Piles of proofs were gathered for and against it. Is a misasek considered a sinner who needs atonement or is he completely innocent? From the copious material on this topic, we shall suffice with one fine proof and an equally fine rejection of the proof.

One of Rabbi Akiva Eiger’s students, Rabbi M. Yafeh, offers the following proof for his teacher’s position: According to halacha (Rema, Yoreh De’ah 374:1), if a person dies, one should immediately wake the kohanim in the house and urge them to leave due to the tumas meis in the house. But if a misasek is regarded having not sinned, why should we wake the tired kohen? After all, he knows nothing; there is no misasek greater than he! Why should he be rushed from the place? We thus see that a misasek is regarded as having committed a transgression (Responsa Rabbi Shlomo Eiger, kesavim, 20).

The Gaon of Lissa, author of Mekor Chayim (431) and Nesivos Hamishpat, rejects this proof, cleverly distinguishing between two sorts of prohibitions. Some prohibitions involve action while others do not.

Based on this distinction, the proof for Rabbi Akiva Eiger’s position falls away. Even if a misasek is innocent of all sin, we must still wake up a sleeping kohen if someone dies in his house since he can’t be a misasek for this prohibition. What should we say? That he became impure while sleeping, having done nothing? Many awake kohanim also become impure while having done nothing! That is the nature of the prohibition, and that is what the Torah forbids – doing nothing in such a case.

In Rabbi Akiva Eiger’s old age, a young Rabbi Yisrael Salanter sent him a letter. He wanted to know why so many were concerned about eating wormy fruit. After all, a person who eats a worm in a fruit should be a misasek as he intends to eat the fruit, not the worm.

Rabbi Salanter waited a long while but did not receive a reply from the great gaon. He eventually met Rabbi Akiva Eiger’s son, Rabbi Shlomo Eiger, who told him that his father did not answer him due to his great humility. An elderly rabbi served the residents of Salant, where Rabbi Yisrael lived, and Rabbi Akiva Eiger avoided answering halachic questions from people who could ask their own rabbi.

Rabbi Shlomo Eiger, however, said that his father’s opinion was well-known – that even a misasek transgresses a prohibition and, therefore, there was no basis for Rabbi Yisrael’s question (see Teshuvos V’Hanhagos by Rabbi Moshe Sternbuch 4:190).

We should note that even those who maintain that a misasek is completely exempt from having committed a sin argue that eating wormy fruit is forbidden (see Imrei Binah on the Bach, end of siman 4; Darkei Teshuvah 84, os 28; Responsa Minchas Shlomo 6; Kovetz Shiurim, Pesachim, os 215, and see ibid., os 117, where he questions Rabbi Akiva Eiger about he’elam Mikdash; Or Same’ach, Hilchos Gerushin 1:17; Eglei Tal, Meleches Kotzer 24:12; Meleches Ofeh, 33:3; and Chazon Ish, Horayos 15, 9). 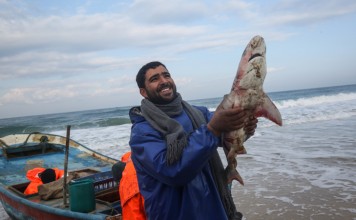 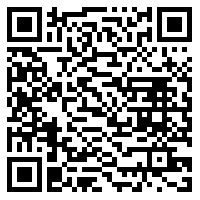