Since many kohanim wished to perform the various tasks of the avodah in the Beis HaMikdash, they would be assigned by means of a lottery. The mishnah on our daf relates that unique among these tasks was offering the ketores. This task was offered only to kohanim who had never before done it.

A Source Of Wealth

The Gemara (Yoma 26a) states that the person who offers the ketores is blessed, which explains why the words “yasimu ketorah b’apecha – they shall place incense before Your presence” (Devarim 33:11) and “Barech Hashem cheilo – Hashem, bless his possessions” (Devarim 33:12) appear next to each other. Since the person doing this task is blessed with wealth, it is only fair that every kohen be given at least one opportunity to do it.

Several midrashic sources (Bereishis Rabbah 47:17; Zohar end of Parshas Lech Lecha 94:2) liken a sandek to one who offers the ketores. Rabbeinu Peretz (cited by Rema, Yoreh De’ah 265:11 in the name of Maharil), therefore, states that a father shouldn’t appoint the same person to serve as sandek for more than one of his children. Just as the memuneh would only offer the task of offering the ketores to new kohanim, so too a father should only offer sandaka’us to someone who hasn’t yet had this honor.

(Others believe that Rabbeinu Peretz means that a person shouldn’t accept sandaka’us more than once – even if it is offered to him.)

The Noda B’Yehudah (vol. I, Yoreh De’ah, responsum 86) notes the mainstream minhag doesn’t seem to reflect Rabbeinu Peretz’s injunction since many communities honor their rabbi with sandaka’us at all brisim.

The Chasam Sofer (Responsa, Orach Chayim 158), however, explains that the minhag is perfectly in consonance with Rabbeinu Peretz’s rule. He submits that the rabbi of a city is an exception to the rule as he is likened to a kohen gadol, who is given first choice in fulfilling the various tasks of the avodah, including offering ketores. He can fulfill this task repeatedly if he wishes. A rabbi of a community may, therefore, also accept sandaka’us numerous times.

Where Is The Wealth?

The Vilna Gaon (Yoreh De’ah 265:46) writes that people who serve as sandek don’t seem to be blessed with wealth. He therefore explains that the custom of not serving as sandek more than once has nothing to do with not being greedy. Rather, it is based on the testament of Rabbi Yehuda HeChasid.

The Chasam Sofer (ad loc., responsum 86) defends Rabbeinu Peretz by explaining that a sandek sometimes forfeits the blessing of wealth because of his sins. He should consider himself most fortunate, he writes, because by not gaining this wealth, he is spared possible punishments such as sickness, poverty, or even death. 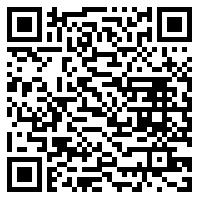