Shehakol Bread?
‘One Recites a Blessing on the Primary Food’
(Berachos 44a)


The mishnah on our daf states that whenever one eats a primary food (ikkar) and a subordinate food (tafel), one recites a berachah only on the ikkar. For example, says the mishnah: If a person eats salted food and subsequently eats bread solely for the purpose of absorbing the salt, he recites a berachah on the salted food but not on the bread. He is exempt from reciting Birkas Hamazon as well.

The Chazon Ish (Orach Chayim 27) suggests two possible reasons why a tafel does not require a separate berachah. First, the tafel is ancillary to the principal food and as such is considered too insignificant to require its own berachah. Alternatively, it is significant, but since the tafel is ancillary to the ikkar, it is subject to the same berachah and, thus, the berachah recited on the ikkar covers the tafel as well.

A Matter Of Intention

The Chazon Ish adduces proof from Tosafos that the second reason is the true one. According to the first reason, even if a person did not originally intend to eat the tafel, it should still be exempt from a berachah since in the end it is being eaten as an ancillary to the ikkar. But Tosafos says it isn’t.

According to the second approach, Tosafos’ position is more understandable. The berachah on the ikkar can only cover the berachah of a tafel if one intends to eat the tafel afterwards. If one does not, one must make a second berachah on it.

Interestingly, the Magen Avraham (Orach Chayim 212:2) rules that if bread serves as a tafel to salty fish, its berachah is the same as the fish, shehakol.

The Shulchan Aruch HaRav (op cit. sk10) writes that if the person had no intention to eat the tafel when he recited the berachah on the ikkar, he must also say a berachah acharonah on the tafel. 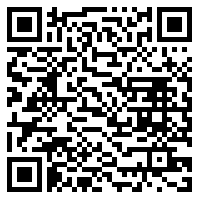