A Matter Of Intention?
‘The Primary Labors Are Forty Less One…’
(Shabbos 73a)


Two of the 39 forbidden melachos listed on this daf are sowing (zore’a) and baking (ofeh). Some authorities note that these two melachos are significantly different than others. Take reaping (kotzer), for example. The intended result occurs as soon as one reaps. In contrast, sowing and baking involve a prolonged process; it takes time for a seed to germinate and for bread to bake.

The Gemara (supra 3b) says that if a person places bread in an oven on Shabbos and removes it before it bakes, he need not bring a chattas (a sin offering) because the melacha did not come to fruition.

The Rashash (in his novella to our daf) contends that if a person sows on Shabbos and subsequently removes the sown seeds before they take root, he should be exempt from a chattas just like a person who places bread in an oven but removes it before it bakes is. Yet, the Gemara says he is liable as soon as he sows the seeds. Evidently, then, even when a melacha won’t be completed for some time, the person is immediately liable. He can become exempt, though, if he stops the process before it is complete. This rule holds true, argues that Rashash, for both sowing and baking. He is liable as soon as he commits the act but can later become exempt.

The Minchas Chinuch (mitzvah 298) disagrees with the Rashash. He maintains that the very fact that a person is exempt if he places bread in an oven and then removes it before it finishes baking is proof that only upon completion of the baking process do we consider the melacha completed. Sowing is different from baking, the Minchas Chinuch argues. A person is liable for sowing even before the seeds germinate.

The Iglei Tal (to Minchas Chinuch) disagrees with this last point. He asserts that even though the melacha is complete when one plants the seeds, there must be intention for them to germinate. If a person places them in the ground with the intent to remove them, he is exempt because temporarily placing seeds in the ground does not constitute sowing. 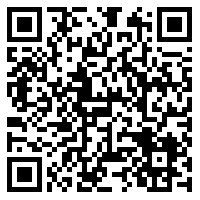