The Gemara tells us that Rabbi Gamliel had an instrument that he used to measure the 2,000-amah boundary of Shabbos. According to the Geonim (cited in Meiri; Teshuvos HaGe’onim 28:314), the tool was a narrow tube.

When looking directly downwards through a tube, one can only see one’s feet. As one raises the angle of the tube, one can see further away. An object was placed at an exact distance of 2,000 amos away from a person holding a tube, and then the person raised the tube until he could see the bottom of the object. Rabbi Gamliel marked the angle at which the tube was held, and from then on, he was always able to determine the distance of the 2,000-amah Shabbos boundary. All he had to do was hold the tube at the same angle and mark the point on the ground he saw.

In his commentary on the Mishnah, the Rambam seems to suggest that the instrument was more complicated than a simple tube but writes that there is no need to explain at length. Those familiar with trigonometry will understand how its principles are applied in navigation. Those unfamiliar with trigonometry will not fully understand how Rabbi Gamliel’s implement worked.

There are six parts to any triangle: three sides and three angles. According to mathematicians, in almost all cases, the measurements of any three parts can be used to find those of the other three parts if at least one of the known parts is a side. Rabbi Gamliel used this rule in determining the distance of techum Shabbos.

Based on the Talmud Yerushalmi (Eruvin 4:2), some suggest a third possibility. As we know, the closer an object is, the larger it appears. It therefore takes up a larger portion of our field of vision. A building on a distant skyline takes up only a small part of our view. When we stand right before it, it blocks our sight entirely.

Rabbi Gamliel had a tube with a simple piece of non-magnifying glass at its end. On this glass, he made markings equally distant from another. When an object was distant, it would cover only one marking. When it drew closer, it would cover many markings.

The length of the tube will also determine how many markings a distant object will cover. To demonstrate, hold your hand adjacent to your face, with fingers separated, and look at a distant object through the crack between two fingers. Slowly, draw your hand away from your face, and you will see that the same object may be seen through all the cracks of your hand.

Start With The Right Measure

Rabbi Gamliel would take a pole that he knew to be one meter tall, place it at a distance of 1,000 meters, and note that it appeared to equal, let’s say, the distance between two markings on his glass. He could then calculate that the object in sight was at a distance of exactly 1,000 times the length of the tube.

To help navigators on incoming ships measure their distance from shore, the ancient Romans used to build towers of set heights next to their ports. 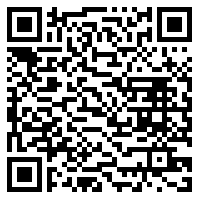