The Gemara (Bava Metzia 102a) states that if a person vacates a dwelling, he may not remove its mezuzos if the next resident or tenant is Jewish.

1) Harmful spirits (mazikin) enter a house without mezuzos; thus, by removing mezuzos one is inviting them in (Bava Metzia 101b, s.v. “Lo yitlenah veyeitzei”).

2) Mezuzos that are not on a doorpost are not being used for a mitzvah; thus, by removing them, one is stripping them of their purpose, which is forbidden.

Tosafos (Shabbos 22a s.v. “Rav”) makes a similar comment about removing tzitzis from a tallis. Once removed, the tzitzis are not serving their function.

The Gemara (Bava Metzia 102a) relates that a person once moved, took along his mezuzos, and eventually lost his wife and children.

Many Rishonim do not clearly rule on whether a new tenant must pay for mezuzos left behind. The Ritva, for example, states that “he may have to pay.” The Beth Yosef (Yore De’ah 291) cites Rabbeinu Manoach’s opinion that “if the previous resident demands it, it is better to pay him, but we must not use coercion.”

The Rema rules that “if the previous tenant demands it, he should be paid.” Later poskim ask whether that means the departing tenant can demand payment through a beis din.

The Bach (ibid.) explains why this matter is unclear. He says it depends on the two possible reasons why one may not remove mezuzos from a dwelling. If it’s because mazikin will invade the premises otherwise, the new resident must pay for the benefit of living in a protected home.

If, on the other hand, it’s because one shouldn’t strip a mezuzah of its purpose, there’s no reason for the new tenant to pay. He can say, “You left the mezuzos to fulfill your obligation; I owe you nothing” (see Perishah 291:2).

Where Being Affixed Elsewhere

The Ritva (Bava Metzia, ad loc.) quotes the She’iltos stating that a departing tenant is forbidden to remove his mezuzos if he doesn’t need them at his new premises. However, he may remove them to affix them elsewhere as they will continue to be used for a mitzvah.

According to the She’iltos, then, the reason for the prohibition has to do with stripping an object of its mitzvah purpose; had the reason been to repel mazikin, mezuzos would always have to stay where they are.

One Who Is Not Of Means

If removing mezuzos is forbidden because of mazikin, a vacating tenant may not take them down even if he can’t afford new ones. However, if it’s forbidden for the other reason, he may remove them if he intends to use them in his new premises.

Poskim (Birkei Yosef 291, s.k. 3; Pri Megadim, Orach Chayim 13; Mishbetzos Zahav s.k. 2; Da’as Kedoshim by the rav of Butczacz on Yoreh De’ah, Hilchos Mezuzah 291, s.k. 1) rule that if a person absolutely cannot afford new mezuzos, he may assume the second reason is the real reason and take his mezuzos with him.

(The Nimukei Yosef actually offers a third reason why one may not remove mezuzos: to avoid disturbing the presence of the Shechinah that dwells in premises graced by a mezuzah.)

Your Life Over His

According to a clever suggestion in Responsa VaYechi Yaakov (Y.D. 71), even if the reason for the prohibition is to repel mazikin, a departing tenant who can’t afford new mezuzos may take his old mezuzos with him. After all, he isn’t required to live without mezuzos to protect someone else (see Responsa Iggros Moshe, Y.D. 4:44; Responsa Minchas Yitzchak 9:106; Responsa Yabia Omer, Y.D. 3:18). 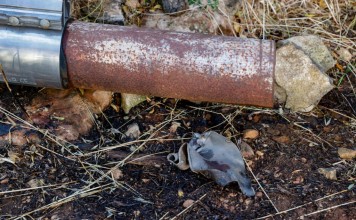 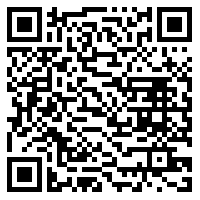