What A Difference A Day Makes
‘Rav Rules: First [We Recite The Blessing For] Sukkah
Then Zeman [Shehecheyanu]
(Sukkah 56a)


Upon entering the sukkah on the first night of Sukkos, one recites two berachos [at the conclusion of Kiddush]: the blessing on the sukkah (“Leishev baSukkah”) and Shehecheyanu. [Shehecheyanu is a blessing that is recited in times of joy and seasonal renewal – at the start of a festival and when a mitzvah is performed for the first time in its new season.]

Since the blessing of Shehecheyanu is recited throughout the year, it is considered tadir (frequent) in comparison to the blessing Leishev baSukkah (which is recited only on Sukkos). Rabba bar bar Chana maintains that one must recite Shehecheyanu before Leishev baSukkah because the general rule is tadir kodem – the more frequent mitzvah takes precedence (Zevachim 89a, Mishna).

The Gemara nevertheless concludes in accord with Rav, contrary to Rabba bar bar Chana, that the beracha Leishev baSukkah should be recited before Shehecheyanu.

The Rosh (Sukkah – perek Lulav VeArava, siman 4) explains that the Shehecheyanu blessing on the first night of Sukkos serves a dual function: It marks the joy experienced at the start of the new festival and it marks the first performance of the mitzvah of dwelling in the sukkah.

In chutz la’aretz, where two days of Yom Tov are observed, Shehecheyanu is repeated during Kiddush on the second day because the second day is treated as though it is a safek yom rishon, possibly the first day.

Joy At Building Or At Dwelling

We see from Rambam’s statements (Hilchos Berachos 11:9; Hilchos Sukkah 6:12) that even if one recited Shehecheyanu upon building his sukkah, he must repeat the beracha during Kiddush on the first night of Sukkos. The Shehecheyanu recited upon building the sukkah marks the joy of the mitzvah of sukkah (function A). However, another beracha is required at the onset of the festival to mark the joy of the new festival (function B).

Consequently, the Rosh rules that the order of the blessings should be reversed on the second night of Sukkos. Since the Shehecheyanu concerns only the festival, it should be recited immediately after the beracha for the festival (i.e., the beracha of Kiddush), before the beracha Leishev baSukkah (see Shulchan Aruch and Rema, Orach Chayim 461). 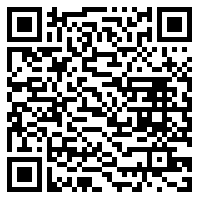