Reckoning Time
“Three Festivals Even Out Of Order”
(Beizah 19b)


Abaye on our Daf discusses whether Nedarim and Nedavos (free will offerings – pledges) may be offered on the festival, and explains that all agree that they may be brought on Chol HaMoed, but the question is in regard to whether one who had to wait for Chol HaMoed is in violation of bal te’acher. The question relates to the dispute in our Gemara whether for purposes of bal te’acher [with the passing of three festivals and the vow remaining unfulfilled], when is one in violation, must it be that one made the vow before Pesach and if it’s not brought by Sukkos he is in violation, or even if his vow was made on any of the other festivals. R. Shimon is of the view that for the purposes of bal te’acher one will only be in violation if the three festivals followed in the order as listed in the Torah. The Tanna Kamma disagrees and sees a violation even if the vow was made before one of the other festivals – they need not be in the Torah’s chronological order and that is how the Rambam (Hilchos Ma’aseh Hakarbanos 14:13) rules. A practical difference is that according to R. Shimon, it would sometimes occur that four or five festivals will have had to pass before bal te’acher is transgressed.

To The Day, To The Hour

No Change From One Census To Another

When the Children of Israel were in the desert, they were counted several times at Hashem’s command. The Rishonim note a perplexing aspect of these censuses. The Children of Israel were counted in Tishrei (see Rashi, Shemos 30:16), after the sin of the Golden Calf was forgiven, and the number of those who were 20 years and older was 603,550 (Pekudei). Wonder of wonders – in the following Iyar they numbered 603,550 (Bemidbar 1:46), the exact same number! The Rishonim ask: could it be that half a year passed and there was no change?

Because of this question, Rashi concludes (ibid.) that when those “20 years of age or older” were counted, it referred only to those who were 20 years old on Rosh Hashanah. Therefore, though thousands more had attained 20 years of age by Iyar, they were not counted. Ramban (Shemos 30:12) questions Rashi’s explanation, saying that it satisfies us regarding why no 20-year-olds were added, but it doesn’t explain how it is possible that no one passed away during the half year between the censuses.

Aside from that, Ramban asks another question on Rashi’s explanation, based on the Mishna (Arachin 18a), as follows:

The baraitha (18b) addresses the topic of determining the age of a ne’erach, according to the census in the desert: just as the Torah says “from 60 years upwards,” meaning that someone who is exactly 60 years old is only considered of that age if he is 60 years and one day, the same applies to arachin (valuations). Thus, says Ramban, the age of the Children of Israel in the desert was determined according to their birthday and not according to the calendar year, from one Rosh Hashanah to the next. (See Ramban’s lengthy discussion at Shemos 30:12).

Malbim (Bemidbar 1:1) solves Ramban’s question [in another manner] by stating that our Mishna only intends to determine who was considered 60 years old at the start of the new year: did he have to be 60 years old on Rosh Hashanah, or 60 years and one day? Therefore there’s no proof from our Mishna as to whether a person’s age is determined according to his birthday or according to the year of his birth (as explained by Tosafos, Arachin 19a, s.v. Le’arachin).

Malbim adds that Rashi’s explanation (a cut-off date) is more acceptable because it is reasonable to assume that the census took several days. Had they counted everyone who became 20 years old at the time of the census, it would have been very difficult to do so since on every day they would have had to include those who could not be counted on the previous day and who had now become 20 years old. It was therefore ordained that their age should be determined by a cut-off date on Rosh Hashanah.

What about the deceased? After all, there’s a possibility that someone counted at the start of the census passed away before its completion. Malbim replies that no one passed away during that period. 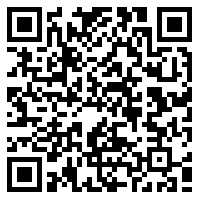