Our Daf discusses cities classified as walled in regard to the halachic reading of the Megillah (the Scroll of Esther). Any dwelling within view of or near a walled city has the same halacha as that of a dwelling within the walled city. Our Daf goes on to examine situations where a city was established by being settled and then having a wall built around it later on. The Daf reflects upon the possibility of a walled city having been destroyed and then resettled without a surrounding wall.

The discussion regarding walled cities takes us to other places in the Talmud where this topic is discussed.

The Megillah: When To Read

The Gemara (Arachin 32a) states the special details regarding the sale of a house in a walled city. The Gemara notes that a city not surrounded by a wall at the time of the sale but which was walled in Yehoshua’s days is considered walled. This halacha opens a door to broad discussions as to whether different towns were previously walled and therefore included in the cities defined as walled. The subject is not practical for our era, as the halacha of selling a house in a walled city applies only when the yovel (the Jubilee, the 50th year) is observed, but it is important regarding the reading of the Megillah on Purim, since the residents of walled cities observe Purim on the 15th of Adar and the residents of cities that had no surrounding wall in Yehoshua’s era observe Purim on the 14th of Adar.

This discussion has relevance to the status of Hebron: Was Hebron surrounded by a wall in Yehoshua’s days? The question raged more than 400 years ago. The Chida (R. Chayyim Yosef David Azulai) wrote a summary of the matter in his work Hevron Ir Kodsheinu. Radbaz noted in a Responsum (2:681) that it is obvious that Hebron was not walled in Yehoshua’s era, and so they should read the Megillah there on the 14th of Adar, but it is an ancient custom to read it there both on the 14th and on the 15th because of a doubt (Birkei Yosef, O.C. 688, os 2, and similarly in Responsa Chayyim Sha’al 2:38, os 94). We thus have a disagreement between Radbaz and the custom observed by the local halachic authorities (according to the Chida in Responsa Chayyim Sha’al, ibid). Is Hebron an unwalled city or must we assume that a wall once surrounded it?

That sugya is the only place in the Talmud that deals with the identity of walled cities. The Mishnah there lists several cities as walled and the Gemara wonders: Are these the only walled cities? Abaye answers, “Up to Gamla in the Galilee, up to Godod across the Jordan, and Hadid and Ono and Jerusalem in Judea.” We should note that concerning the Galilee, Abaye does not say “Gamla” but “up to Gamla” – i.e., that all the towns in the Galilee up to Gamla were walled, while regarding Judea he only mentions Hadid, Ono and Jerusalem, and it therefore seems that only they were walled.

Radbaz brings further proof for his opinion from what is stated at the end of Arachin (33b-34a) – that cities of refuge were established only in unwalled cities. But Hebron served as a city of refuge, as stated in Yehoshua (20:7), and thus we must conclude that it was not walled. Nonetheless, the ancient custom was to observe both days of Purim in Hebron and the custom is explained in Responsa Mishnas Yosef (1:54). According to the halachic authorities in Hebron, who observed Purim on both days, we should not conclude from Abaye’s statement that there were no other cities in Judea aside from Hadid, Ono, and Jerusalem, for the Mishnah seems to indicate the opposite when it lists “Hadid, Ono, and Jerusalem, and also similar ones.”

We thus see that there were other walled cities. Moreover, Rabbi Yehosef Schwartz, zt”l, author of Tevuos Ha’aretz, maintains in his Responsa Divrei Yosef (2) that our Mishnah only counts the walled cities in Yehoshua’s era that were also settled in the Mishnaic era. In other words, even if we conclude from Abaye’s statement that Hadid, Ono, and Jerusalem were the only cities in Judea that were walled in Yehoshua’s days, that is because they were the only walled cities that were also inhabited in the Mishnaic era and therefore Hebron and other cities were not mentioned, as they lay waste at that time.

They Demolished The Wall

The author of Tevuos Ha’aretz maintains that Hebron must have been walled in Yehoshua’s era. After all, we have an explicit verse (Bereishis 23:10) that Ephron the Hittite spoke to Avraham in Hebron “in the presence of all who came in at the gate of his city.” The gate must have been in a wall, for otherwise it has no purpose. Moreover, Caleb requested from Yehoshua “this mountain…for there are giants there and big and fortified cities…and he gave Hebron to Caleb” (Yehoshua 14:12).

We must conclude that at first Hebron was walled and, when they wanted to qualify it as a city of refuge, they demolished the wall. It is explicitly stated in our Gemara that if the Levites won walled cities by lot, they removed the walls to qualify the towns as cities of refuge. We can therefore understand the ancient custom in Hebron to read the Megillah on both days because of the doubt. (See further in Responsa Mishnas Yosef 1:53, as to why, regarding the reading of the Megillah, such a city is considered walled since Yehoshua’s days). 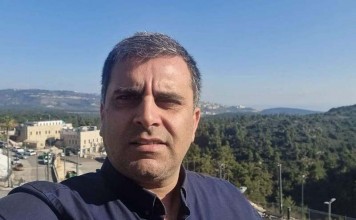 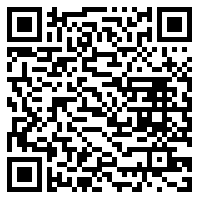