One of the key subjects of Tractate Yevamos is the fate of an “agunah – a chained woman,” that is a married woman whose husband disappears. According to Torah law, a woman may not remarry unless she can prove that her husband died or divorced her. The poskim searched for halachic justifications to allow agunos to remarry by proving with various methods that her husband most likely died.

When R’ Yehuda HaNassi organized the Mishna, he did not dedicate an individual tractate to the topic of agunos. Rather, he included this topic in Maseches Yevamos, which discusses other tragedies of family life. The early poskim, in the eras of the Gaonim and Rishonim, also refrained from dedicating entire sections of their halachic treatises to this subject. The sole exception is the Or Zaru’a (written by R’ Yitzchak, a student of the Ravya, one of the Gedolei Ashkenaz, who lived about 800 years ago), who included a section entitled “Hilchos Agunos” in his work (O.C. 688-697).

At various times it became more common for Jews to work as traveling salesmen. This forced them to leave their homes and communities to embark on perilous journeys that would often take weeks or months. If a husband disappeared far from his home, it was often impossible to determine his fate. Questions involving agunos became more prevalent, until the poskim found it necessary to begin publishing dissertations on this subject. The first published work was Kuntrus Iguna D’Itsa, by R’ Chaim Sabato, which was printed in 5411 (1651), and has since become an indispensable guidebook for all poskim who grapple with this difficult issue. Responsa seforim, such as the Noda B’Yehuda, devoted entire sections of their collected teshuvos on agunos.

Two hundred years ago, R’ Yaakov Emden (She’eilas Yaavetz I, 32) wrote that countless seforim on agunos existed in his time. A hundred years earlier, the Chelkas Mechokek (a classic commentary on the Even Ha’azer section of Shulchan Aruch) found it necessary to condense and compile the responsa that existed at his time into a collection titled “Kuntrus Ha’Agunos.” Years later, the Pischei Teshuva compiled a broader collection. In our own generation, an updated compilation has been published by Otzar HaPoskim.

The great importance of helping an agunah remarry can be learned from the mitzvah of egla arufa. If an unidentified dead body is found, five Sages from the Great Beis Din of Yerushalayim must measure the distance from neighboring cities to the place the corpse was found, to see which city is closest. That city must slaughter a calf in atonement. Even if the corpse is found just outside the gates of a city, and that city is obviously closest, the five Sages must still measure it. R’ Yosef Bechor Shor (cited by Baalei Tosefos on the Torah, Shoftim) explains that this is in order to attract a crowd of spectators, who would publicize his death and serve as witnesses to allow a widow to remarry.

R’ Menachem Mendel of Pintchov sent a question to the Bach concerning an agunah, in which he writes, “Anyone who finds a basis to permit an agunah to remarry is considered as if he rebuilt the ruins of Yerushalayim in Heaven” (Teshuvos Habach HaChadashos, 64). Similarly, the Chida cites from Rav A. Chayun, who authored a responsa permitting an agunah to remarry, explaining that he went to great lengths to permit, since by alleviating her plight, he had alleviated the pain of the Shechina (Pnei David, V’Eschanan).

Since permitting an agunah to remarry is such a great mitzvah, the poskim devoted themselves to this labor even at the most difficult times of the year. The Tzemach Tzedek (59) once collected testimony during Chol HaMoed Pesach. The Noda B’Yehuda (2:EH:64) completed a responsa on erev Shabbos just minutes before Shabbos began. R’ Eliezer Yitzchak of Volozhin wrote a responsa on the night after Tisha B’Av (Chut HaMeshulash 2:4), and the Maharsham (1:84) wrote a teshuva on Tisha B’Av itself. The Maharsham explained that this time was especially fitting, since by permitting an agunah to remarry, we “rebuild Yerushalayim.”

Many poskim saw permitting agunos as a unique segula whose merit could help childless couples and advocate on our behalf during the days of judgment, on Rosh Hashana and Yom Kippur (see Birkas Yosef E.H. 33; Beis Ephraim: Takanas Agunos 38, et al). R’ Chaim Pilaji writes, “It seems from the words of the Rishonim and Acharonim that there is a great mitzvah to help agunos remarry, in order to alleviate their suffering, that they not remain agunos” (Teshuvos Chaim V’Shalom E.H. 2:p. 2).

It is interesting to note that Jewish newspapers such as the Maggid, Tzefira, Meilitz and others would publicize pictures of lost men free of charge in order to help determine their fate and thus help their wives. This became so common that R’ Shalom Moshe Chai Gagin (Teshuvos Yismach Lev O.C. 18) permitted reading these newspapers on Shabbos for the sake of agunos. Experience had shown that the newspaper articles were of great benefit – at times a posted picture saved the day and life of an agunah. 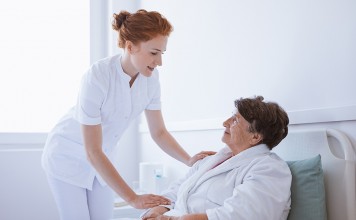 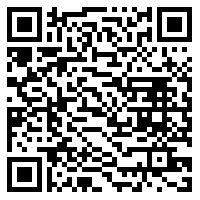