For years the administration of the Camp Dora Golding administration did not have any vocal New York Mets fans. Yankees fans ruled the roost, so announcement of scores during meals has always been Yankees biased. That changed this past summer when Rabbi Danny Konigsberg, my former camper, returned to CDG as assistant head counselor. He brought many innovative ideas and programs, and it was great to have him as part of the team. But, as mentioned, he is a Mets fan.

It should be noted that at the beginning of this summer the Mets were sitting comfortably in first place and playing well, while the Yankees were languishing in third place.


By fandom standards, I’m not so much of a sports fan. I grew up in a home of Yankees fans and I enjoy listening to games when I’m in the car and finding out the scores. But I’m not much in the know beyond that. I can’t tell you the starting lineup or all the names of the Yankees pitching rotation.

Still, I am very competitive. So, when Rabbi Konigsberg showed some highlights of Mets victories early in the summer and bragged about how well they were playing, I felt it couldn’t go unanswered.

I procured a clip of one of the most infamous moments for Mets fans from June 12, 2009. It was during a subway series when the Yankees were playing the Mets at Yankees Stadium. The Yankees were batting in the bottom of the ninth and the Mets had a seven-six lead. With two runners on and two men out, the batter for the Yankees was Alex Rodriguez, who popped up to shallow right field. It was a routine fly ball and Mets fielder Louis Castillo was perfectly positioned to catch the ball and end the game. But Castillo didn’t catch the ball; he dropped it! His shocking error allowed two runs to score, which gave the Yankees an underhanded victory. It was a very bitter moment for the Mets and their fans, and definitely one that they don’t like being reminded of. Perfect!

The following morning, before beginning the morning show, I played the clip from the blundered play, with the announcer screaming, “pops it up… Castillo…. dropped the ball! he dropped the ball! Oh my goodness… and the Yankees win in the most improbable fashion!”

Basically, it became a fixture throughout the summer. Mets fans would groan and roll their eyes while I laughed to myself when I played it again.

As the summer wore on and the slumping Mets slipped out of first place while the Yankees surged ahead, it became that much more vexing for Mets fans.

Aside for the opportunity to rub it in again, why would I share this here in my musing’s column?

As the days of Elul rush by and we move closer to Rosh Hashanah, we often feel somewhat despondent. We know there’s a lot on the line, and the judgment is serious, but we wonder what we should be doing practically. The shofar blasts after Shachris just make us feel worse.

In an uncertain and volatile world, we don’t need much to fuel our anxiety. It’s inconceivable that Elul is only about feeling unworthy, anxious and uncertain. It’s clear that Elul is somehow supposed to prepare and initiate the foundations of the process of teshuvah that we hope to engage in as Yom Kippur approaches. But how exactly? Many of us feel we just wish someone would tell us what to do. How can we feel we are taking advantage of Elul in a positive way that elevates and energizes us?

Why did Louis Castillo, a professional Major League Baseball player, drop a routine fly ball, a play he has made so easily so many other times?

I would venture to think that as the ball was making its descent, Castillo was already picturing himself pumping his fist in the air in victory and running over to his teammates to high-five them. In other words, he got ahead of himself and lost focus. He closed his glove a second to soon and that made all the difference.

How often do we try to juggle 12 things at once in our own lives? We may feel we are doing a great job, but in reality our fragmented focus causes us to sacrifice quality in every area. This is especially damaging when it comes to relationships, especially with the ones we love most, as well as in our spiritual endeavors.

In a word, Rosh Hashanah is about malchus – accepting upon ourselves the Divine monarchy.

The Kotzker Rebbe once said, “Where is G-d? Wherever you let Him in.”

Accepting G-d’s monarchy upon ourselves means letting Him into our lives by recognizing that He orchestrates and guides every facet of our lives. One of the many symbolisms of shofar blowing on Rosh Hashanah is that it symbolizes the sound of the King’s coronation. In that sense, it is a joyous call.

If one begins the mental process of accepting Hashem as King on Rosh Hashanah, he is late in the game. On Rosh Hashanah one spends most of his day immersed in prayer and being spiritually focused. Truly accepting the monarchy of G-d however, requires doing so in the mundane as well.

In a nutshell, Elul is about focus and awareness. It’s about reminding ourselves throughout the day that Hashem is always with us – at work, on vacation, in the pool, on the basketball court, when we are surfing the net, when we are alone in our bedrooms, and when we are eating. The more we focus on G-d, the more we allow Him into our lives, which helps us live accordingly.

My rebbe, Rabbi Berel Wein, said that a Jew should always feel G-d is looking over his shoulder. If one has such an awareness, it will save him from trouble. The negative publicity and terrible indicting stories published periodically in newspapers and on blogs about Torah-observant Jews committing shameful acts is the result of the fact that, for a few moments, those people forgot that G-d was looking over their shoulder.

Elul is a time to strengthen our awareness that G-d is always looking over our shoulder. We shouldn’t perceive this in a condemning and punitive manner. Rather, in a manner that helps us maintain the path we desire in being and becoming the great people we want to become.

In our daily lives we are often guilty of dropping the ball, because we don’t adequately focus on what we are doing at the moment. Elul is about not dropping the ball. In everything that we do, especially when we daven and perform mitzvos, we need to increase our focus and knowledge that we are performing His Will.

If we do so, then accepting the Kingship of G-d on Rosh Hashanah will feel like a natural result of our previous month’s efforts.

When we feel connected to G-d and feel we make a difference, then it naturally becomes easier to do teshuva as well, in our quest to continue growing ever higher.

It all starts with us making sure that we don’t drop the ball! 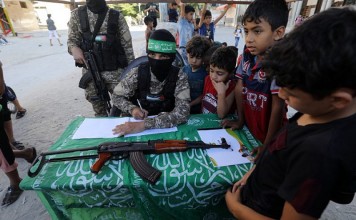 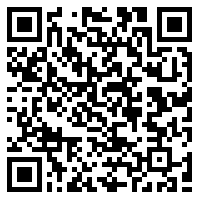