Question: What is the basis of the custom to refrain from eating matzah for a period of time before Pesach?

Answer: The Rema (Orach Chayim 471:1) rules that it is prohibited to eat matzah on the day preceding Pesach. Ba’er Heitev (471:5), however, cites numerous scholars who permit eating matzah on the night before Pesach. Some contend that the text of the Four Questions in the Haggadah actually supports this position since it states, “On all other nights we may eat chametz and matzah” (emphasis added). Shulchan Aruch HaRav (Orach Chayim 471:4) specifically notes that the prohibition to eat matzah starts on the morning prior to Pesach at amud hashachar.


The Mishnah Berurah (471:12) notes that “rabbim – many people” have the custom of refraining from eating matzah the entire month of Nissan. Yet the Ma’adanei Shemuel (113:12) points out that some scholars scoffed at this stringency. They went so far as to state that the proponents of this custom should be designated not as “rabbim” but “reikim – empty [of Torah].” Despite this opprobrium, many sages follow this custom.

Regardless of how long one refrains from eating matzah, the reason behind the practice is the same: Eating matzah on Pesach is a distinct and special mitzvah and we should have an appetite for it. And absence – even if only for a day – makes the heart grow fonder. 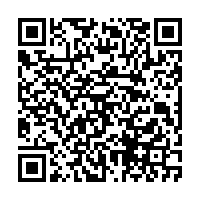