When the mayor entered the court for his divorce hearing, the judge stood up. “Take a seat, Your Honor,” the judge said to the mayor and waited until the mayor was seated before he sat down. Meanwhile, the mayor’s wife, the opposing party in the divorce proceedings, stood by and wondered whether she would get her fair day in court.

How does a judge give honor where it is due and yet remain impartial? Our rabbis struggle with this dilemma.


The rule is, “Do not give special consideration to the poor nor show respect to the great. Judge your people fairly.” And so the judge must do everything possible to level the playing field. If one litigant shows up in expensive clothes and the other in rags, the judge must postpone the trial. During the adjournment, the well-heeled litigant must either buy clothes of equal quality for the poor party or don rags himself.

There is nothing more stultifying to the presentation of one’s case than a judge who allows one party to talk as long as he or she likes and cuts the other party off after a few words. Then there is the judge that scowls at one party and smiles at the other or allows one to sit while the other stands.

None of this permitted in a bet din, a Jewish court of law. The dayan, judge, must treat both parties even handedly. During the course of the litigation, the dayan must equally suspect both parties of fabricating the facts until he figures out which of the two is telling the truth.

A dayan should talk less and listen more. The talking should be left to the parties or their advocates. He should not intervene on behalf of either party even when a legal argument or position submitted by one party is clearly wrong, but should allow the opposing party to demur. Only in rare circumstances is a dayan permitted to assist a party in its arguments such as when a litigant is so nervous that he cannot even articulate the obvious. Of course the dayan should ask questions for purposes of clarification to make sure he understands the arguments of both parties. At the end of the trial, before rendering the decision, the dayan must sum up the arguments of both parties so that it is clear that he has understood them.

The dayan should always be the last to enter the courtroom after all parties are already assembled there. Never may a dayan receive one party and listen to his arguments in the absence of the other party. A dayan who once heard the facts of the case from one of the parties in a social setting and is subsequently appointed the dayan on the case must notify the other party and offer to recuse himself.

Sometimes, one of the litigants holds a position in society that demands respect, like the mayor. It is disrespectful to remain seated when the mayor walks into the courtroom. And yet, the judge does not want Mrs. Mayor to feel the odds are stacked against her. How does the dayan navigate between these two concerns? Rather awkwardly.

Rabbi Nachman was the dayan in a case involving the widow of Rav Huna, a renowned Torah scholar. Rav Nachman wanted to accord her the appropriate respect by standing up as she entered the court. But he was concerned that in the eyes of the other party, this gesture would make him appear biased in her favor. So as the widow entered the court, he asked his court attendant to throw something at him so that it would look as if he stood up to avoid the missile rather than to accord honor to the widow.

Much time is spent in court waiting for the judge to hear one’s case. It is not unusual for a court with a crowded calendar to postpone one’s case to later in the day. A dayan confronted with a crowded courtroom should follow the following order. First, he should take the case of the orphan, then the widow, then the Torah scholar, then the non-Torah scholar. And if a man and a woman are waiting for the judge’s attention, it should be ladies first. 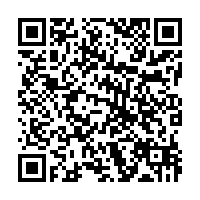