Mechaber, Sa’if 2: The debtor died before the maturity date of the loan. After the date he received the loan, the debtor sold some of his land to a third-party purchaser. The lender produced a promissory note given to him by the borrower and sued the third-party purchaser for the return of the land, in payment of his loan.

NER EYAL: There is a rule that if a lender lends money evidenced by a properly drawn up and certified promissory note, the lender receives an automatic lien over the land of the debtor. Accordingly, if after the date on the promissory note evidencing the loan the debtor sells his land to a third party purchaser, the unpaid lender can confiscate that land from the hands of the third party purchaser.

The justification for this is that a third-party purchaser has the ability to find out whether the land he is buying is encumbered by a lien. The third party purchaser should have done his due diligence before buying the land. Since he bought it after the date of the loan when the lien already attached to the land, the lender has a prior claim and can take the land from him in repayment of his loan. The third-party purchaser whose land has been confiscated by the lender, will have to sue the debtor who sold him the land, for the return of the purchase price he paid him.

The above-mentioned rule is applied here in the following way. If the debtor sold his land to a third-party purchaser after the date of the promissory note and the debtor died before the maturity date, there is a legal presumption that the debt was not prepaid. Accordingly, the lender is entitled to be paid because the presumption that a debt is not paid before its due date works in the lender’s favor. He can therefore take the land from the hands of the third-party purchaser as explained.

There is a controversy amongst the Rishonim, however, as to whether the lender can confiscate the land without taking a Shevuat Heiset oath of denial. According the Rambam, the situation is exactly like the case previously discussed where the lender claims the loan from the heirs. In that case we have seen in Sa’if 1 that no Shevuat Heiset oath is necessary.

According to other Rishonim, there is a difference between a claim against an heir before the maturity date on the one hand and a claim against a third party purchaser before the maturity date on the other hand. In the case of the heirs, there is no need for a Shevuat Heiset oath of denial. This is because there is a presumption that if the father had indeed prepaid the loan, he would have protected his children against a claim by the lender after his death. He would have informed his children before he died that he repaid the loan. The heirs would then have raised this defense in court when sued by the lender.

In the case of a third-party purchaser, however, there is no reason to presume the debtor would have any interest in protecting the purchaser by telling him he prepaid the loan. Consequently, the court needs to protect the third party purchaser by insisting the lender take a Shevuat Heiset oath of denial that he did not receive repayment from the debtor before he died.

According to the Rama, even if the debtor is alive, there is an opinion that the lender must take an oath that he did not get repaid where the borrower insists he prepaid the loan. This is so even though the lender benefits from the legal presumption that a debt is not repaid before its maturity date. This is the opinion of the Rosh. The reason behind this view is that the debtor is pleading with certainty that he repaid the debt before its time. In the face of the certainty of the debtor, the legal presumption that a debtor does not prepay a loan needs to be supported by a Shevuat Heiset oath of denial. According to the Hagaot Oshri, however, such an oath is only imposed on the lender if the borrower requests it but is not imposed by the court if he does not.

Can’t We All Just Get Along? – From Jerusalem With Love [audio] 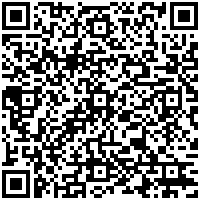