A new home for 35 young residents suffering from multiple sclerosis and other neurological disorders opened this week in Jerusalem, to be operated by Colel Chabad with support from Israel’s Social Services Ministry.

Located in the center of the capital just outside the iconic Mahane Yehuda open-air market area, the 1900-square-meter Beis Finger rehabilitation center officially opened its doors on Wednesday.


The four-story building was dedicated by Gershon Finger, as well as by Eleanor and Ronnie Cohen, Roberto Guttman, Alan and Deborah Kestenbaum, Lord Steinberg and the Nigri family.

Medical equipment and furnishings were made possible by the Ted Arison Family Foundation and Bituach Leumi.

The ribbon-cutting ceremony took place on the anniversary of the passing of Rabbi Schneur Zalman of Liadi, the founder of the Chabad-Lubavitch Chassidic movement, and Colel Chabad.

“It’s heartwarming and encouraging to see more and more welfare and rehabilitation centers that promote high standards of care for those in need,” said Social Services Minister Haim Katz.

“I applaud all those who supported this project and hope that they will be blessed to continue to make these initiatives possible. Together we can all work to further improve and enhance the level of care to ensure only the highest standards.”

Beis Finger is intended to be accessible to those from the central region of the country, and is fully disabled-accessible, while being located in central Jerusalem.

The building and surrounding area were designed by Nahum Meltzer, a leading architect whose expertise in redesigning historical buildings to be accessible comes from his personal understanding of the issue.

Meltzer has a son with multiple sclerosis, which has motivated his understanding of the specific needs of the disabled community. Meltzer was also behind the landmark redesigns of the Knesset as well as the Hurva Synagogue in the Old City.

The facility also includes a designated gathering space for the elderly and lonely to have a warm meal and company, similar to the dozens of other soup kitchens and gathering spaces run by Colel Chabad around the country. 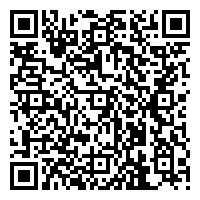