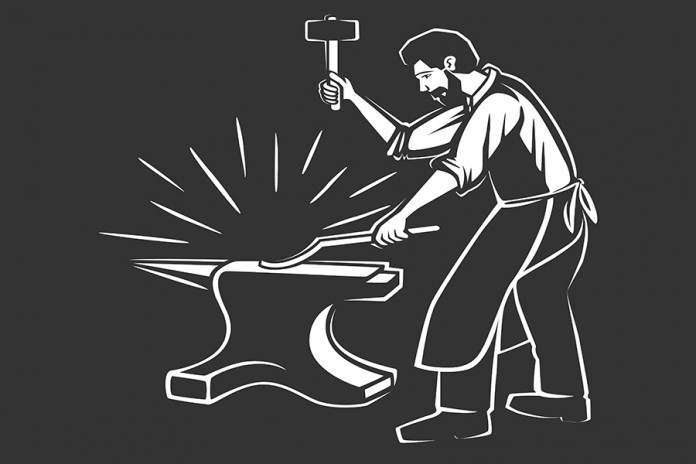 At our Shabbos table a few weeks ago a friend of ours related that some time prior she had been attending a wedding and as she was standing next to her table and schmoozing with a friend, she felt a tap on her shoulder. She ignored it and continued conversing. After a minute she heard a voice behind her say, “I imagine that you have young children and have trained yourself to ignore relentless tapping, but you are blocking the aisle. Could you please move aside?” She immediately moved aside, apologized, and explained that the woman was exactly right. She was so used to the tapping that she hardly noticed it, even though her children were not with her.

The Gemara in Gittin recounts the tragic story which resulted in the destruction of the Bais HaMikdash: After he destroyed the Bais HaMikdash, the arrogant and wicked Roman general, Titus, returned to Rome bragging that he had overpowered the Jewish G-d.


A short time later a small gnat flew into his nostrils and entered his brain where it immediately began mercilessly pecking away inside his head. Titus tried all sorts of remedies but to no avail. One day as he walked past a blacksmith who was banging away with his anvil, the pecking stopped. The gnat seemed to enjoy the noise. From that point onward Titus had someone walk next to him banging away at all times. With time the gnat became used to the banging and resumed its pecking, until Titus had the person bang a little harder. But then the gnat became accustomed to that too, and the noise had to be increased even more. Eventually Titus died a slow and painful death.

In relating this story, the Gemara is reminding us of basic human nature. When someone is subjected to the same experience day and after day, no matter how awe-inspiring, terrifying or intriguing it is, eventually it becomes trite and loses its intrigue. Eventually it becomes nothing more than background noise.

When a parent or teacher is always shouting at their students/children, eventually the children no longer hear the shouting and program themselves to tune out. (This is not to say that they aren’t bothered by the emotional reprimand, but the intended jolt accomplished by the shouting no longer has the same effect. If anything, it begins to breed resentment.)

When Titus originally passed the blacksmith, the gnat was intrigued by the noise. But with time it became accustomed to the noise and was no longer affected by it. (I heard this idea and explanation of that Gemara from Rabbi Noach Sauber who heard it from Rabbi Homnick. For many years, Rabbi Homnick would expound upon the Gemara in Gittin on the lawn of Camp Morris throughout Tisha B’Av afternoon, for seven hours straight.)

To make an impression something must be exciting and fresh. In today’s world, educators possess the difficult task of maintaining excitement in their lessons. We as individuals too have the arduous responsibility to maintain excitement in our religious observance. When Torah and mitzvos become “background noise” and the “noises” of the world around us become louder and more exciting we no longer hear the sounds of our soul within us.

Tisha B’Av and the preceding period of mourning come to jolt us out of our spiritual stupor. When we allow the Bais HaMikdash within our soul to be reduced to ashes, we can no longer relate to it. But when we mourn its loss, then we begin to reconnect ourselves with it and it begins to be rebuilt from within us.