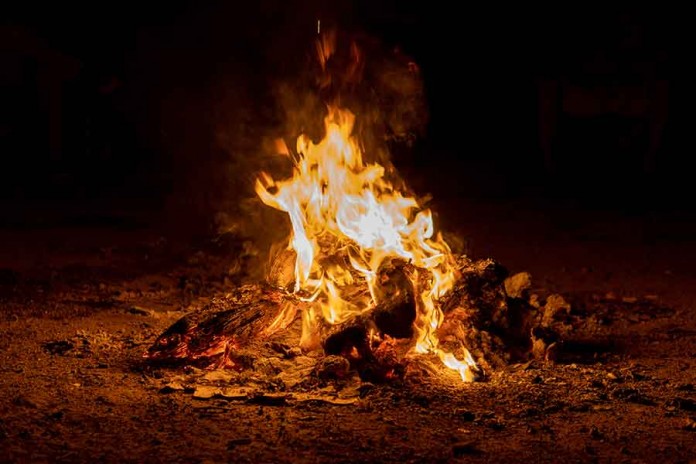 Rabbi Shimon bar Yochai was forced to flee and go into hiding for having criticized the Roman government, which was ruling the Land of Israel at the time. He fled with his son and hid in a cave in the city of Peki’in for thirteen years.6 According to tradition, a carob7 tree miraculously emerged at the entrance of the cave as well as a spring of fresh water, which allowed Rabbi Shimon and his son to survive. Some sources indicate that Eliyahu Hanavi would also bring them bread and wine from time to time,8 as well as matzah and wine for Pesach.9 We are told that in order not to wear out their clothes they would keep their clothes exclusively for prayer, while at all other times they simply immersed themselves in sand up to their necks. Rabbi Shimon and his son spent their days studying Torah.10 Talmudic scholars point out that all references in the Talmud to “Rabbi Shimon” refer to the period before he went into hiding, while references to “Rabbi Shimon bar Yochai” or “bar Yochai” refer to him after he had emerged from the cave.11

According to tradition, Rabbi Shimon bar Yochai died on Lag Ba’Omer, although this is disputed by some sources.12 Similarly, while it is widely believed that Rabbi Shimon and his son are buried in Meron, which is a tradition that has been in existence for generations, there is a minority view that they are buried in Kfar Chanania. Other sources suggest that no matter where Rabbi Shimon bar Yochai may have actually been buried, G-d miraculously transported his body to Meron as a result of the Jewish people having “declared” that he is buried there. His yahrzeit is celebrated with singing, dancing, feasting, and, of course, bonfires.13

The reason why the day is called Lag B’Omer and not Lag L’Omer14 is that Lag B’Omer is the gematria of the word Moshe. This emphasizes the belief that Rabbi Shimon bar Yochai was a reincarnation of Moshe Rabbeinu and that he reached the same levels of greatness that Moshe did.15 It is also noted that the yahrzeits of Moshe Rabbeinu and Rabbi Shimon bar Yochai always fall on the same day of the week. It is interesting that although Rabbi Shimon was a brilliant scholar who was often able to answer the most complicated Talmudic questions with over two dozen explanations,16 normative halacha is almost never in accordance with his view.17

6.There is a minority opinion that the cave in which Rabbi Shimon bar Yochai hid when fleeing the Romans was located in Lod. Zohar Chadash, Ki Tavo.