Mr. Rubin was facing serious business difficulties that paralyzed his cash flow. Moreover, due to his low credit rating, banks were hesitant to lend to him, and only at a high interest rate. He decided to turn to relatives, who might be willing to grant him a loan.

“I need to borrow $50,000 for two years to keep my business afloat,” Mr. Rubin said to his Uncle Ben. “Would you consider lending me that sum?”


“I’m willing to consider,” replied Uncle Ben, “but I don’t have that sum currently available. I need to discuss with you where to get the money from.”

“The simplest one is that I take a loan from the bank in my name,” Uncle Ben said to his nephew. “You would then cover the monthly payment, including interest.”

“I also have money invested in a 5-year CD,” continued Uncle Ben. “I could withdraw the CD prematurely and use that money. It would entail an early withdrawal penalty, though. I would ask you to cover the penalty and any interest that I would have earned.”

“The third option is to sell shares of stocks or mutual funds,” added Uncle Ben. “The market is rising, though, so I’m hesitant to do that, unless you repay according to the value of the shares then.”

“I appreciate your willingness,” said Mr. Rubin, “but what about ribbis, the prohibition of interest?”

“What about it?” asked Uncle Ben. “I’m not charging you additional interest in any of these options! All that I ask is that you cover my loss. Is there anything wrong with that?”

“I’m not an expert in the laws of ribbis,” replied Mr. Rubin, “but we can check with Rabbi Dayan.”

“Is there a violation of ribbis in these options?” Uncle Ben asked Rabbi Dayan.

“There is no violation of ribbis for expenses associated with granting the loan,” replied Rabbi Dayan. “For example, the Mishnah [B.B. 167b] teaches that the borrower is responsible for the cost of writing the loan document. This applies even if the loan is in the form of an iska.” (C.M. 39:17)

“So I can charge for reimbursement of my losses?” asked Uncle Ben.

“There is a difference, however, between expenses incurred and loss of potential earnings,” continued Rabbi Dayan. “An actual cost or expense, such as the legal fee to draft a loan document or a wire transfer fee, can be charged to the borrower. The mitzvah of providing a loan does not require you to expend money to grant the loan. However, loss of potential earnings is not allowed and is considered ribbis. Therefore, you may not charge your nephew the remaining interest of the CD or future value of the shares.” (Bris Yehuda, 9:1-9)

“What about the penalty for early withdrawal of CD?” asked Uncle Ben.

“Generally, penalty of principal or interest already credited is allowed; interest not yet credited is not,” replied Rabbi Dayan. “A posek should be consulted.” (The Laws of Ribbis, 4:1-10)

“What about taking a loan and passing the cost?” asked Uncle Ben.

“Interest payments to a non-Jew for which the lender is responsible may not be ‘passed on’ to the borrower,” replied Rabbi Dayan. “This is not a cost in granting the loan; it relates directly to the delay in repayment. Therefore, you cannot take a loan from the bank and have Mr. Rubin pay the interest. Nonetheless, Rav Moshe Feinstein, zt”l, suggests that if the recipient is worthy of tzedakah, you can take the interest payment to the bank from ma’aser kesafim.” (Y.D. 168:17; Igros Moshe Y.D. 3:93)

“Of course, if you draft a valid heter iska,” concluded Rabbi Dayan, “some of the expected revenues can be included, especially since the loan is granted for business purposes.”

Rainbow Warriors in a Black and White World 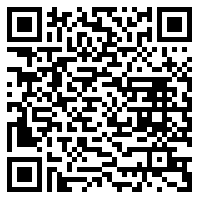