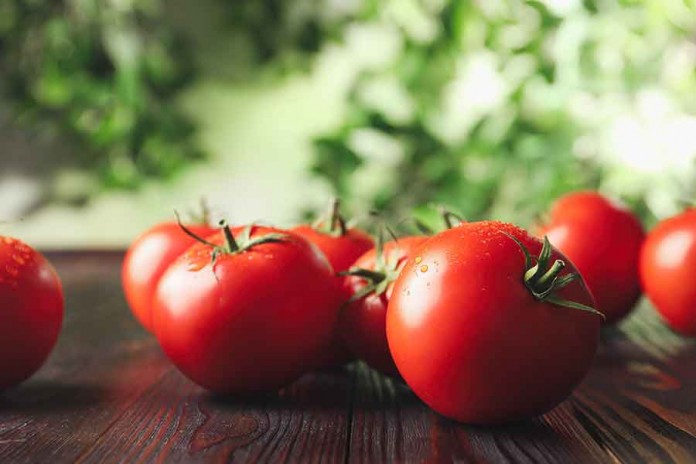 On the website it says there are 36 featured employees. So far, our family has collected 11 of the employee labels. I haven’t had so much excitement collecting anything since I collected sports cards in high school. But beyond my new hobby of collecting tomato employee labels, it was fascinating to realize how many different employees are involved in the production of those little tomatoes. There are workers in pre-harvest, manufacturing, packing, packaging, maintenance, sales, as well as tractor drivers, grafting associates, backhoe operators, and irrigation leaders.


It’s reminiscent of a story about Rav Yisroel Salanter. He once traveled to a posh hotel in Paris in an effort to inspire and influence secular Jews. As he was preparing to deliver a speech in the restaurant of the hotel, the waiter came by to take his order. Rav Yisroel replied that he only wanted a glass of water.

After he finished his address and was preparing to leave, the waiter handed Rav Yisroel a bill for an exorbitant fee. Rav Yisroel asked the waiter if perhaps there was a mistake, as he had only ordered a glass of water. The waiter replied that it was not a mistake and explained that while enjoying the water, Rav Yisroel was also benefiting from the elegant ambiance of the restaurant, the quartet that was playing pleasant music in the background, and the magnificent view that the restaurant afforded – as well as the service of a dignified waiter wearing a tuxedo and a towel draped over his arm. The waiter explained that from that vantage point, Rav Yisroel had gotten quite a bargain.

After Rav Yisroel paid the bill, he wrote a letter to his students recounting his experience at the restaurant. He explained that it had given him a new understanding of a bracha we recite constantly, and often nonchalantly.

Generally, we recite blessings whose text relates to the specific food we are eating – “Blessed are You Hashem…who creates fruits of the tree”; “… who creates the fruits of the ground”; and “… who creates different types of grains.” The blessing of shehakol – “That everything was created with His Word” – is an exception. Why do we recite such a beautiful and encompassing bracha, noting that all of creation is the result of G-d’s word, on a mere glass of water?

Rav Yisroel noted that he learned from that waiter that we are not merely thanking G-d for the water. Aside for the miraculous natural process that created the water, we are grateful for having access to the fresh water, as well as the incredible process wherein the water refreshes and rejuvenates us.

Beyond that, we are expressing appreciation for the magnificent surroundings in which G-d serves the water to us – the fresh air we breathe as we drink that water and the sun that gives us light and the tree that shades us. That one glass of water symbolizes the elaborate miraculous process involving many different facets of our magnificent world.

The Kotzker Rebbe once quipped that he does not understand why people don’t become more G-d-fearing when reciting the words of bentching after eating a bread meal.

It was through bentching that Avrohom Avinu was able to draw so many people close to Hashem. When they would thank Avrohom for the delicious food he served them, Avrohom would reply “was it from me that you ate?” He would then redirect their gratitude towards Hashem, after which guest and host would sing praises to G-d for the food they had eaten and for all His goodness (Sotah 10b).

When the Kotzker’s quip was repeated to the Chiddushei Harim, he replied that he could not comprehend how people do not become more G-d-fearing from food itself. In the opening words of bentching we thank Hashem “who sustains the whole world with favor, kindness, and with compassion.” We have an incredible variety of foods. Foods can taste spicy, sweet, tangy, sharp, or sour. Its texture can be crunchy, mushy, hard or soft, and each has a different color and shape. Just look at any salad and you will see beauty and charm, if you spend a moment contemplating it. One can become a believer by appreciating the wonder of the food he eats. But one must dedicate time and attention to think about such profound things.

Whether anyone decides to start collecting Nature-Sweet tomatoes labels or not, we should appreciate just how much is necessary for us to enjoy those tomatoes, and all other vegetables in our salad, as well as the fruits we enjoy. Think about how much was involved in its production, cultivation and transportation just to end up on your plate for you to enjoy! It’s particularly appropriate to focus on this profound idea as we mark and celebrate Tu B’Shvat.

And if anyone does decide to collect the Nature-Sweet labels, we have triples of Genaro Barcelo from the packing department, and would be happy to trade. 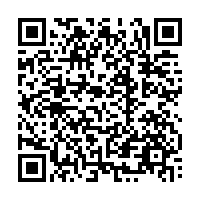