A few weeks ago, at the end of November, I had the pleasure of attending the therapist track at the Agudah Convention. Aside from the great insights and connections, one of the highlights for me had nothing to do with therapy or counseling.

On Friday morning at breakfast, I noticed Rabbi Shloime Mandel, the Rosh Yeshiva of Yeshiva of Brooklyn. I met had Rabbi Mandel at Camp Dora Golding while vacationing in the Poconos nearby. Due to Covid restrictions, he hadn’t been there the previous two summers. I now introduced myself to the Rosh Yeshiva, noting that we missed seeing him in camp and hoped we would be graced with his visit again this coming summer.


He smiled and said there was a story behind those visits to camp. He asked me if my wife was waiting for me. When I replied that she wasn’t at the convention he began his story as I put my omelet aside to listen.

One summer a few decades back, he said, he was looking to get away for a few days. He was looking for a somewhat remote location that had three minyanim daily. Someone informed him that there was a place called Camp Dora Golding that had only Russian campers.

(I told Rabbi Mandel that it must have been the summer of 1995. At the time, a camp for Jewish boys from Russia rented out half of the property.)

“I called the camp to find out what time ma’ariv was,” he continued. “When I arrived and walked into the shul assuming I wouldn’t know anyone, I immediately saw a young man who lived on my block in Brooklyn making a beeline across the room towards me. He was a counselor in the camp, and he wanted to know if he could bring Alex, a fifteen-year-old camper of his, over to meet me to ask me a question. I asked him what Alex’s story was. My neighbor explained that Alex was the best camper in the camp. He was deeply motivated and loved davening and learning. In fact, he knew the entire Pirkei Avos by heart. But Alex didn’t have a bris milah.

“A few years earlier, when he first began learning and was excited to become more observant, his parents gave him the choice of either having a bris milah or attending yeshiva, but not both.” (Rabbi Mandel noted that the decision had obviously been made to attend yeshiva rather than have a bris. However, that was halachically incorrect. The severity of not having a milah outweighs the vital need to learn Torah.)

“Meanwhile, ma’ariv was beginning, and Alex happened to be the chazzan. I was very moved by Alex’s sincere and heartfelt davening. Afterwards, his counselor brought him over to me and Alex presented his question. He began by asking me if Moshe was the greatest tzaddik ever? I replied that I definitely am not one to decide who was the greatest, but there’s no doubt that he is one of the greatest people who ever lived. Alex then quoted the Mishnah in Pirkei Avos that states, ‘One should nullify his own will because of the Will of Hashem.’ Then he asked, “If Hashem didn’t want Moshe Rabbeinu to enter Eretz Yisroel, why did Moshe keep davening – 515 times in all – that Hashem allow him to enter the Land? Shouldn’t the great Moshe have pushed aside his own deep desire, if Hashem didn’t want it?’

“As I listened to his question, tears welled up in my eyes. I realized Alex was really asking about himself. He so badly wanted to attend a yeshiva, and it was clear that he constantly davened to have that opportunity. As his prayers had not yet been answered, he wondered if perhaps it was wrong to continue praying when it seemed that it wasn’t Hashem’s will?

“I replied that there is a concept that Hashem will sometimes withhold blessing temporarily because He wants the person to continue davening, so that their prayer can be granted in a greater fashion. Something [attained] because of prayer is holier and loftier. It was for that reason that the patriarchs and matriarchs only merited children after years of tears and prayer.

“During the time when he davened 515 times, Moshe Rabbeinu was yet unaware that Hashem didn’t want him to enter the Land. Moshe thought it was incumbent upon him to continue praying, just as the patriarchs and matriarchs had done.

“Indeed, as soon as Hashem instructed him to stop praying, he did so, and never asked again if he could enter the Land.

“The message to Alex was that he should never stop davening, because, unlike Moshe Rabbeinu, he had never been told to restrain himself from davening. Oftentimes great things require extra prayers, tears, and patience.”

I thanked Rabbi Mandel for the beautiful story, but he then added the following:

“While reflecting back on that incident a few years later, I was wondering why Hashem used such strong words when instructing Moshe to stop davening to enter the Land, ‘Do not continue to speak to Me anymore about this matter!’ Why didn’t He simply tell Moshe that it wasn’t His will for him to enter, and that it wouldn’t bode well for the nation? Why the seemingly harsh commandment?

“The Gemara asks why Moshe so yearned to enter Eretz Yisroel? It surely wasn’t because he wanted to try out the restaurants or see the tourist attractions. The Gemara explains that Moshe desired to perform the mitzvos unique to the Land. Despite all he had done and accomplished throughout his life, he still felt spiritually malnourished and wanted to serve Hashem in every way possible.

“Perhaps it was in response to that deep desire that Hashem instructed Moshe, as it were, not to daven again about that matter: Moshe, you love mitzvos and desire to serve me in ways you didn’t have the chance to do so before. Therefore, I will give you a “mitzvah” that no one before or after had. It is the mitzvah for you not to daven for the matter which you desire so much.

“In this way, for the remainder of his life, whenever Moshe wanted to daven to enter the Land and would restrain himself from doing so, he would be serving Hashem in a most unique fashion.”

“About six years ago I had the opportunity to have a private audience with Rav Chaim Kanievsky. While there, Rav Chaim noticed my wristwatch and motioned that I should remove it. Anyone who knows me knows that I’m extremely punctual and conscientious about time, and I couldn’t hide my disappointment at Rav Chaim’s instruction. When Rav Chaim noticed that I wasn’t happy about removing my watch, he said that I should put a clock on the wall. When he saw that I was still not happy, he humorously said that I can wear the watch on my foot. When I replied that then I would then be ‘l’ma’alah min hazman – above time,’ Rav Chaim laughed heartily. But then he said that I could wear a pocket watch.”

At that point, Rabbi Mandel opened his jacket and showed me that he was wearing a pocket watch. He noted that it was very difficult for him to make the transition, but whenever he thinks about it, he feels good, knowing that he is constantly listening to the instruction of a tzaddik, and thereby fulfilling a unique mitzvah.

The same is true regarding all relationships. It’s not only about what we do, but also about what we don’t do, in honor and deference to our spouse, friend, or neighbor.

It’s an invaluable idea for enhancing our avodas Hashem, shalom bayis and all interpersonal relationships. It’s well worth a cold omelet.

When the Going Gets Tough… 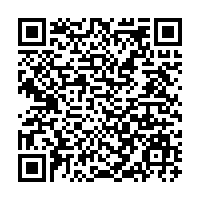