Mr. Braun traveled to work by train, but was finding the ride long and draining. So when he saw a car in his neighborhood for sale, he approached the owner (whose name was Mr. Hoffman) and made inquiries.

“Is the car in good mechanical condition?” Mr. Braun asked.


“To the best of my knowledge,” Mr. Hoffman replied.

Mr. Braun had the car checked by his mechanic, who found no evident problems, so Mr. Braun bought it.

Three months later, the engine died. The mechanic checked the car again and discovered that the engine had a hidden fault and would have to be replaced.

Mr. Braun contacted Mr. Hoffman. “I’d like my money back,” he said. “The sale wasn’t valid since I thought I was buying a perfectly good car, which it obviously wasn’t.”

“Okay,” Mr. Hoffman replied, “but since you have been driving it for three months, you owe me some compensation for that.”

“I would have continued traveling to work by train had I known the car was defective,” Mr. Braun said. “I shouldn’t have to pay you anything.”

Mr. Hoffman pointed out that Mr. Braun had benefited from the car for three months, but Mr. Braun insisted that he shouldn’t have to pay anything at all, so the two went to Rabbi Dayan.

After listening to both sides present their case, Rabbi Dayan said, “The sale of defective merchandise is void from the beginning. The item belongs to the seller, and he must return the money from the sale to the buyer.

“The Shulchan Aruch rules that a person who bought a property and later found it to be defective must pay rent for the time he lived on it [Choshen Mishpat 232:15]. Some explain that he must do so because of a potential ribbis problem. Since the seller held the buyer’s money and had use of it for a period of time, it would be ribbis to allow the buyer to live for free on the property. Others explain that since the item was the seller’s the whole time, to have used it without payment would be tantamount to theft (gezel) [Sma 232:33].

“Similarly, the Shiltei Gibborim rules that a person who bought a horse and later discovered that it was defective must pay for having used it. The Ohr Same’ach questions whether the need to pay rent applies to moveable objects or to items that are not intended for rent. Most authorities rule that one must pay rent for moveable items [Ohr Same’ach, Hilchos Mechirah, 16:8; Pischei Choshen, Geneivah 13:12].

“Nonetheless, the buyer does not necessarily have to pay the full rental value since he had no intent to rent it. We evaluate the worth of the rental for this specific buyer, which depends on a number of factors, such as: Would he have rented otherwise? Did the seller suffer a loss as a result of the item being used? How much time was it actually used? Did the person get the full benefit from the item despite its defect? [see Keter, vol. 7, Motzar Pagum Shehizik, ch. 7-8; Tzefunei Dodi, Choshen Mishpat 2:228].

“In addition,” Rabbi Dayan concluded, “beis din has to ascertain whether there is a minhag hamedinah (common commercial practice) or clause in the sales contract regarding this issue. If there is, it would be binding.” 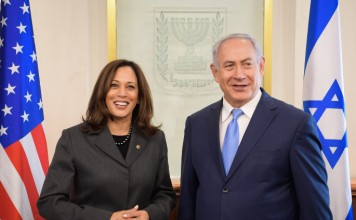