During the days of the Sanhedrin, the judiciary was structured in a three-tier system. The Great Sanhedrin of seventy-one judges was the Supreme Court of Israel. Beneath the Great Sanhedrin were the minor sanhedrins of twenty-three judges each, located in every major city. The minor sanhedrin courts had sole jurisdiction over most offenses involving capital punishment. They were the courts of last resort for all questions of Torah law arising in their area of jurisdiction, except for certain national and unusual matters, which were reserved for the Great Sanhedrin.

The lowest courts consisted of three ordained judges. These courts had jurisdiction over all monetary disputes, including personal injury cases and cases involving kenasot, fines, and punitive damages such as cases involving theft, robbery, rape, and seduction. Accordingly, if the plaintiff was injured by the defendant, the lowest courts of three ordained judges had the authority to enter judgment to pay compensation for the injury.

Similarly, the courts of three had the authority to impose kefel, a punitive fine of double payment for persons convicted of stealing objects, and tashlumei arba’ah vechamishah, fines of four and five times the value in cases of livestock stolen and killed or sold.

Cases involving fines and punitive damages, kenas, required a court of three judges ordained with authentic semicha. Three non-ordained judges, however, could adjudicate cases of regular monetary disputes such as claims involving loans, business transactions, partnerships, agency, rentals, and lost property but not cases involving fines. One judge, mumcheh larabim, could also adjudicate these regular monetary disputes provided he was an experienced judge who had successfully tried many cases. The lowest court of three also had jurisdiction to administer corporal punishment, malkot, for the transgression of negative Torah commandments. Needless to say, during the time of the Sanhedrin, all courts in the judicial system, from the Sanhedrin down to the court of one judge, were vested with the sovereign power to enforce their jurisdiction even over recalcitrant litigants.

But the absence of all these cannot mean that Jews can behave lawlessly to one another or that a wife who needs a divorce, a Get, from her husband has no recourse. Even in the Diaspora Jews need some Jewish judicial system for dealing with one another. Accordingly, the rabbis in the post-Sanhedrin era have set up a judicial system whose authority is based, essentially, on the consent of those Jewish litigants who agree to submit their disputes to the batei din for adjudication.

These courts may not adjudicate the full variety of disputes and cases as did the courts of the Sanhedrin era. They are not authorized to try cases involving kenasot, fines, or punitive damages and in personal injury cases they may only award the costs of ripui, doctors’ bills, and shevet, compensation for unemployment. Even the monetary disputes the contemporary bet din may try are limited to frequently occurring disputes that would result in financial loss to one of the litigants if there were no bet din to resort to. There are also certain non-monetary disputes that need to be adjudicated in Jewish court of law in order for Jews to survive in the Diaspora. Accordingly, contemporary batei din have authority to compel a husband to give a Get to his wife where such compulsion is permitted by Torah law. So too, in order not to close the door of Judaism on those who wish to convert, the contemporary batei din have the authority to convert people to Judaism.

In assuming this authority and maintaining the basics of Jewish law and order among Jews in the Diaspora, the contemporary batei din act as agents of the authentic courts of old. Today we have shoftim, judges, of diminished authority. But apart from the power of excommunication, which is rarely used, we have no shotrim, no enforcement.

Looking For Family (Bava Batra 115a) 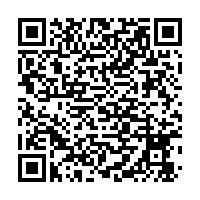