An American defense contractor has objected to a deal reached by Israel to lease the Heron TP unmanned aerial vehicle (UAV) to Germany for approximately 650 million euros.

As a result, the contract for the drone was put on hold after US defense contractor General Atomics began legal proceedings against the German Defense Ministry, claiming the deal was reached without opening the tender for bidding by other companies.


General Atomics (GA), which also manufactures drones, also pressured Germany to accept U.S. products over others, due to the membership of both nations in the North Atlantic Treaty Organization (NATO.) The company is a major force in the U.S. defense industry.

It’s a known fact that GA’s drone — called the “Predator B” — is smaller than the Israeli Heron TP (referred to by the Israeli Air Force as the “Eitan”) and has the ability to stay aerial for only 14 hours, as opposed to the Eitan’s 70 hours’ aerial staying power.

The Germany Ministry of Defense shared a letter with Reuters explaining that the case by General Atomic has already been dismissed once by a lower German court, and it is assumed the appeal will uphold that ruling. Nevertheless, the issue has forced the ministry to postpone its deal with Israel for the next three to nine months. 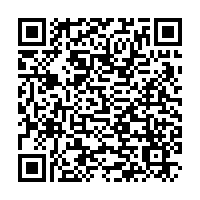