Mr. Weiss and Mr. Schwartz were litigating for the first time in Rabbi Dayan’s beis din. They were not sure what to expect, but found the process orderly, professional and fair.

After both sides presented their claims and evidence, Rabbi Dayan said, “The dayanim will consider the case carefully and issue a ruling in a few weeks. We will send the ruling to both of you by mail.”


“By mail?” asked Mr. Schwartz. “I thought we would convene again to hear the ruling in person.”

“Sometimes – typically when we can bring the sides to compromise – we issue a ruling on the spot,” replied Rabbi Dayan. “But most of the time, we send the ruling later by mail.”

“Doesn’t a ruling have to be issued in the presence of the litigants, though?” asked Mr. Weiss. “I remember learning that even when an ox is judged for having gored a person to death, it has to be present!” [Bava Kamma 45a]

“You remember well,” laughed Rabbi Dayan, “but this case is different!”

“The Rashba writes in his responsa [1:1118; 2:192] that for monetary cases, unlike capital cases, a ruling can be issued without the litigants present,” answered Rabbi Dayan. “He explains that the law is different because a monetary ruling is readily reversible should the litigant later bring new proof for his claim. The Shulchan Aruch cites this ruling.” [Choshen Mishpat 18:6]

“How do we resolve the apparent contradiction between these two rulings?” asked Mr. Schwartz.

“The Bach [13:8] and Ketzos [13:1] explain that l’chatchila both parties should stand before the dayanim when they issue the ruling,” answered Rabbi Dayan. “However, b’dieved, a ruling can be issued, and is valid, even without the parties present, as the Rashba writes.”

“Alternatively, the Sma [18:13] and Shach [13:8] explain that the parties must state their claims before the beis din that issues the ruling,” continued Rabbi Dayan. “However, there is no need in monetary matters for the ruling itself to be issued in their presence. In the Rashba’s case, the claims were already stated.”

“Shouldn’t you issue the ruling in our presence l’chatchila,” asked Mr. Schwartz, “certainly according to the Bach?”

“Nowadays, the ruling is rarely issued immediately at the session,” replied Rabbi Dayan. “It is often difficult to reconvene the parties for the purpose of issuing the ruling, and sometimes they react adversely upon hearing the ruling, so that it is like b’dieved.”

“Furthermore, almost all batei din operate based on an arbitration agreement accepted and signed by the sides,” continued Rabbi Dayan. “In many agreements, the rules of the proceedings, which were initially accepted by the sides, state that the ruling will be delivered by mail or email.”

“Therefore,” concluded Rabbi Dayan, “we rarely issue the ruling in the presence of the parties. A few batei din, though, attempt to convene the parties again for the ruling.” [Seder Hadin 8:7] 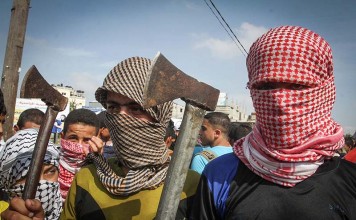 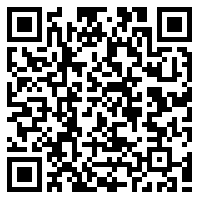