He was driving down 47th Street, full speed, when his car suddenly, inexplicably, stalled.

Yossi* tried to start the car again and again, but it simply wouldn’t go. He got out of the car to check what happened. Nothing seemed to be the matter. Then he noticed that the Monsey Trails bus that had been driving right in front of his car had stopped as well. Could it be that the passengers on it were motioning to him to come forward? It seemed strange.

Yossi walked over to the driver of the bus.

“Did you see the boy?” the driver asked, a hint of hysteria in his voice.

Yossi had no idea what he was referring to. “Which boy?!”

“Literally a few moments ago, while we were driving, a young boy pushed the emergency exit door of the bus by mistake and he fell out,” the driver continued.

Yossi, who was a member of Hatzalah, ran over and found the boy just in front of his wheels. He immediately began working on the child and summoned an ambulance for additional help. The boy was taken to the hospital, where he was found to be in reasonable condition and was discharged shortly after.

The scene was overwhelming. Speechless and shocked, it was hard to comprehend the astonishing hashgachah! Had Yossi continued driving as normal, his wheels would surely have trampled the child.

The initial action of the strange episode wore off and Yossi went back into his car. He turned his keys in the ignition and – wonder of wonders – the car started! Just like that, without a hitch!

Perhaps a greater surprise came when Yossi discovered who the child was.

During Yossi’s years in yeshiva, there was a particular rebbe who was ever so devoted to him, in contrast to some other staff members who may have had a more difficult time relating to his needs. This rebbe helped Yossi shine and brought out the best in him. The boy whose life Yossi had just saved is a son of that rebbe!

*not his real name 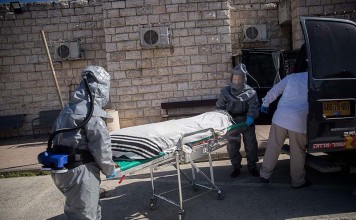