The American Civil Liberties Union has filed a challenge to anti-BDS (Boycott, Divest & Sanctions campaign against Israel) legislation in the state of Texas signed in 2017 by Governor Greg Abbott that prohibits the state from contracting with and/or investing in companies who boycott the State of Israel.

The move was prompted by a push by the Council on American-Islamic Relations (CAIR), which has also announced a major First Amendment legal challenge to the law, according to ABC affiliate KVUE.

Speech pathologist Bahia Amawi filed a lawsuit against the state’s Attorney General and the Pflugerville Independent School District after she saw the anti-BDS clause in her contract during its annual renewal with the district.

But Texas, the 17th U.S. state to pass the anti-BDS law, seems to be standing firm. Israel has long been a strong supporter of the state, and provided comprehensive assistance in the wake of Hurricane Harvey that struck Texas in 2017.

Israel is also one of the largest trading partners for the state, said Governor Greg Abbot, whose response on Twitter to Amawi’s lawsuit was blunt and to the point: “Texas stands with Israel. Period.”

“I didn’t understand how my position as a speech therapist helping kids with speech and behavior has any relationship to the economy of Israel,” she told the American-Statesman newspaper.

Three of the four lost money due to their refusal to sign a contract containing the anti-BDS clause, according to the lawsuit, which states, “The state should be prohibited from forcing its own viewpoints on those who boycott Israel.”

The law is designed to prevent state contractors from providing funding or other benefit to businesses who support the Boycott, Divest and Sanctions campaign against the State of Israel. Texas House Bill 89 prohibits the state from contracting with and investing in companies that boycott Israel.

A summary text of the bill reads as follows:

“House Bill 89 amends the Government Code to prohibit a state agency or political subdivision from entering into a contract with a company for goods or services unless the contract contains a written verification from the company that it does not boycott Israel and will not boycott Israel during the term of the contract. The bill requires the comptroller of public accounts to prepare, maintain, and provide to the permanent school fund and certain retirement systems a list of all companies that boycott Israel. The bill provides for the divestment of certain assets the permanent school fund or any such retirement system holds in a listed company that does not cease boycotting Israel within a specified timeframe, exempts certain investments from divestment under specified conditions, prohibits the fund or an applicable retirement system from acquiring securities of a listed company, and establishes certain reporting requirements for the fund and systems. The bill authorizes the attorney general to bring any action necessary to enforce the prohibition on investment in companies that boycott Israel.” 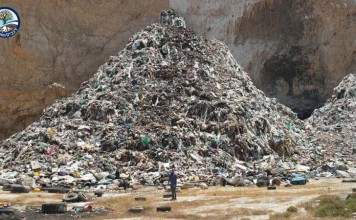 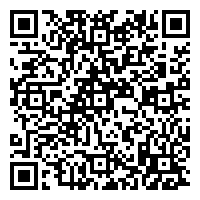