Hurricane Sandy ploughed through the eastern seaboard, leaving devastation in its wake: mandated evacuation, flooded houses, power outages, uprooted trees, and smashed cars. The storm also raised serious questions regarded rented properties: Does a tenant have to pay rent for the time his house was affected by the storm?

Rabbi Dayan’s yeshiva was forced to remain closed for a few days due to lack of electric power. When it reopened, the students were bursting with questions, sharing the experiences of their families, spread across the affected region.


Some felt tenants should not have to pay for the time they were unable to use the house and should even get a refund if they prepaid. Others thought they should still have to pay. The dispute raged vehemently in the class.

Rabbi Dayan quieted the students. “Circumstances vary, so that it is impossible to provide a single ruling on this complex question,” he said. “The answer depends on whether the premises were unusable because of evacuation guidelines, actual damage due to water, loss of electricity due to major shutdowns, or trees falling on individual wires. If the house was rendered completely unlivable, the tenant likely does not have to continue paying rent [C.M. 312:17]. However, even if not so, it is important to introduce the concept of makkas medina, a calamity of widespread damage.”

“Where is this concept found?” asked Aryeh.

“The Mishnah [B.M. 105b] addresses the case of a person who leased a field and the grain was devoured by locust or shriveled by an intense heat wave,” answered Rabbi Dayan. “If the devastation was makkas medina, widespread devastation, he is entitled to a deduction from the rent. However, if the plague was not widespread, he must pay the full amount.”

“The Gemara defines makkas medina when the majority of fields in that plain were damaged,” replied Rabbi Dayan. “The Shulchan Aruch, citing the Rambam, writes, ‘The majority of the fields of that city’ [322:1]. The rationale appears to be that if the majority of the region was affected, we cannot attribute the loss to an individual’s misfortune; otherwise, we attribute the loss to the misfortune of the renter. In a vast city, such as New York, we might treat individual neighborhoods separately.” (See also Aruch Hashulchan 312:36: “If the whole city was burned, not literally, but there was a great fire, Heaven forbid…”)

“How much of the rent can be deducted?” asked Shlomo.

“The Mishnah does not specify,” replied Rabbi Dayan. Rama [312:17] indicates that the loss is borne completely by the landlord; some suggest that it should be shared between landlord and tenant [See SM”A 321:6]. Regardless, if one person’s fields were damaged more severely than most others, we deduct more from his rent, since the event, as a whole, is determined a makkas medina.” (SM”A 322:3)

“What about fact that the tenant didn’t cancel his rental and continued to keep his possessions there?” asked Moshe.

“This is subject to a dispute between Maharam Padua and the Rama,” said Rabbi Dayan. “Maharam Padua limits the application of makkas medina to situations where the loss is already done, such as locust. However, regarding future inability to use, the renter has the right to retract; if he doesn’t, he cannot demand to retroactively deduct from his rent. The Rama, however, disagrees. He maintains that in a makkas medina the tenant is entitled to a reduction retroactively, even if did not retract [321:1]. A number of later authorities, though, side with Maharam Padua’s opinion.” (See Pischei Choshen, Sechirus 6: 29 at length.)

“What about people who evacuated, but no actual damage occurred to the houses?” asked Ephraim.

“Ketzos [322:1] cites the case of people who fled from a city because of danger but the houses were left intact,” said Rabbi Dayan. “Maharam rules that the landlord does not have to return the full amount since the house is intact and another tenant may have chosen not to evacuate. Machaneh Ephraim also rules that in such a situation, if the rent was prepaid, the tenant is not entitled to a refund. Others dispute this point.” (See P.C., Sechirus 6: 30.)

“And what about workers who were unable to work during this time?” asked Yigal.

Haredi Couple Married on Shabbat Due to ‘Urgent Circumstances’ 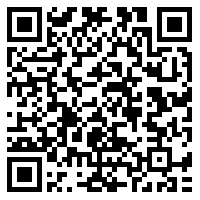