The Department of Justice announced Thursday that DOJ attorneys had reached an agreement to settle the case between the Internal Revenue Service and Z STREET, a nonprofit organization founded to educate Americans about the Middle East and about Israel’s defense against terror.

The settlement between the attorneys for the Department of Justice was reached with the lawyer for Z STREET, with the filing of a 16-page Settlement Consent Order that stipulated the facts of the case that both parties agreed on.


It’s taken seven long years for the organization to reach that agreement, and nearly that long to receive its long-awaited tax-exempt status – a process that normally takes three to six months.

In the case of Z STREET, it required a Battle Royale with the Internal Revenue Service – a full-fledged lawsuit – to expose the truth: the application for Z Street’s 501(c)3 tax-exempt status and those of other Jewish organizations were being held up due to its relevance to Israel.

Z STREET founder and JewishPress.com journalist Lori Lowenthal Marcus said the organization filed a complaint in U.S. Federal Court asserting the First Amendment right to be free from viewpoint discrimination—government treatment that differs depending on one’s political position. She explains the rest.

“We filed our claim after having been told by the IRS agent assigned to review our application for tax-exemption that because our organization was “connected to Israel,” the IRS had to give it close scrutiny. The IRS agent further told us that some of those applications were being sent to a “special unit in Washington, D.C.” to determine whether the organizations’ positions contradict the policies of the Obama administration. The IRS denied those statements were made, but the Consent Decree reveals the facts stated were true, and the IRS lawyers never sought clarification or sworn testimony from Z STREET’s lawyer who had the conversation with the IRS agent. That lawyer took contemporary notes of the conversation.

“We filed for tax-exempt status in December, 2009. The conversation with the IRS agent took place on July 19, 2010. The IRS began compiling a listing of applications that were flagged for various reasons in August, 2010. Z STREET filed its lawsuit against the IRS in late August, 2010, alleging that it is a violation of the U.S. Constitution to penalize a person or entity for holding a particular viewpoint (known as viewpoint discrimination.

“The IRS initially sought to dismiss Z STREET’s lawsuit by claiming our lawsuit was really one about the length of time it was taking to obtain tax-exempt status, but that there is a statute which allows impatient applicants to bring a lawsuit to force a determination after 270 days. Our lawsuit was filed prior to the 270 days. This was the stick with which the IRS repeatedly attempted to beat our lawsuit, but both the DC trial court and the DC Circuit Court of Appeals rejected that argument with decisive and emphatic oral responses and written opinions. The IRS also sought to defeat our lawsuit by claiming that because it is an arm of the U.S. government, it is immune from prosecution. That claim was also rejected by the court.

“The IRS also claimed that it was permitted to stringently scrutinize our application for tax-exempt status because there is a heightened degree of terrorism in Israel, and therefore it needed to determine whether Z STREET might be funding terrorism in Israel.

“But, as became clear through documents produced in discovery, if the IRS flagged Z STREET’s application because it is a country with a heightened risk of terrorism, the check sheet it used on which Israel appeared was outdated. Documents produced in discovery revealed that the IRS agents knew as early as October 12, 2010 that Israel was not to be flagged for terrorism. And yet the IRS’s defense of “Israel as terror nation” continued to be asserted, even by an IRS manager in sworn testimony submitted to the court in this case on December 9, 2010.

“In August of 2010, the IRS began using a spreadsheet it called “Be on the Lookout” (“BOLO”) to identify certain applicants for tax-exempt status. A memo generated within the IRS dated Aug. 6, 2010, was the basis for the creation of a BOLO category entitled “Occupied Territory Advocacy,” which was described as comprised of those applications which “deal with disputed territories in the Middle East.” The IRS claims it is unable to find that Aug. 6 memo, so it was not turned over to Z STREET in discovery. That memo was the source of the creation of this BOLO category and is listed in the BOLO spreadsheets every time this category appeared, which was on each BOLO list starting with August 10, 2010. The first BOLO list on which “Occupied Territory Advocacy” did not appear was February 2, 2011, by which time the IRS had frozen Z STREET’s tax exemption application. The “OTA” BOLO listing never again appeared. BOLOs were discontinued by the IRS in 2013.

“Numbers of politically conservative organizations began complaining about discriminatory treatment by the IRS of their applications for tax-exemptions in 2011, and some of them, various Tea Party and-affiliated groups sued, also under the theory of viewpoint discrimination. These politically-focused organizations received substantial media coverage, and the Treasury Department’s watchdog, its Inspector General, launched an investigation, while some Congressional committees held hearings about the issue.

“TIGTA (Treasury Inspector General for Tax Administration) revealed in two reports it issued that while Z STREET’s application was under review, the IRS had been using inappropriate criteria to identify organizations applying for tax-exempt status, including the policy positions of those organizations. TIGTA also found that there was an IRS office in Washington, D.C. to which such applications were sent.

“Documents produced in Z STREET’s lawsuit against the IRS show that during the Obama administration, and after Z STREET’s application for tax-exemption was filed, there were at least three separate efforts undertaken to see whether the IRS could either reject or revoke tax-exempt status for organizations providing material support to Jewish entities located in what that administration referred to as the West Bank or Israel Occupied Territories.

“In an opinion issued in a Tea Party case by the D.C. Court of Appeals, the court referred to the IRS policy of suspending processing of applications if the applicant initiates litigation against the IRS. The court castigated this as a “Catch 22,” under which the applicant can only obtain tax-exempt status if the applicant does not file a lawsuit challenging the manner in which its application is being processed. Following that decision, which was issued on August 5, 2016, the IRS began processing Z STREET’s application, which had been pending but suspended.

The ordinary length of time for a tax-exemption application to be decided upon is three to nine months. Z STREET did not receive its status for six years and ten months. And the IRS finally approved Z STREET’s application for tax-exemption without ever once having sought any information about Z STREET’s funding of anything – whether in Israel, in the disputed territories or anywhere else. The “Israel as Terrorist” defense was definitively revealed to be, like every other claim and defense asserted by the IRS, a sleight of hand to hide the Constitutional violation engaged in by the Obama administration’s IRS.”

Upon being asked how it felt to finally be done with this nightmare, Marcus replied, “It is thrilling to actually wrestle the IRS to the ground and force it to admit that Z STREET was targeted because we support Israel and the right of Jews to live everywhere, and that the Obama administration’s IRS violated Z STREET’s constitutional rights by discriminating against us.”

Sadly, Z STREET was not the only one to be so targeted, and there are more than a few others still trying to untangle the snarls. 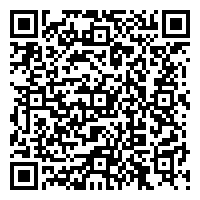