Rabbi Dayan sat with his beis din. The secretary ushered in the two litigants, who signed binding arbitration forms. They also accepted a kinyan sudar to grant halachic validity to the ruling, whether letter of the law or compromise.

Rabbi Dayan turned to the plaintiff to present his case.

“And what do you claim?” Rabbi Dayan asked Mr. Broyer.

“Do you have a written loan document?” Rabbi Dayan asked Mr. Lander.

“Yes, we drafted a loan document with the detailed sums,” Mr. Lander replied. He presented the beis din with a copy of the loan document.

“And what do you say in response?” Rabbi Dayan asked Mr. Broyer. “How much did you borrow?”

“Or maybe the total is the correct amount, and the individual sum of $5,000 was an error,” Mr. Broyer shot back. “Clearly there’s some doubt here. Even if it remains an unresolved issue, I should only have to pay the lower figure!”

“Is there anything else?” Rabbi Dayan asked the two parties.

“No,” replied Mr. Lander and Mr. Broyer in unison. Rabbi Dayan asked them to step out for a few minutes while the beis din deliberated the issue.

When the deliberations were over, the secretary called the litigants back in. Rabbi Dayan turned to Mr. Broyer and said: “The beis din rules that you are liable for the full sum of $18,000.”

“I accept the ruling,” said Mr. Broyer, “but would like to understand the reasoning.”

“What are the three cases?” asked Mr. Lander.

“No, our case is the second contradiction mentioned in the Shulchan Aruch, where there is discrepancy between the individual amounts and the sum total,” replied Rabbi Dayan. “Here, since the individual amounts are clearly listed, we give greater weight to them and assume that an error occurred in the computation, which is prone to error. For this reason, Mr. Broyer must pay the full $18,000.”

“And what is the third case?” asked Mr. Lander.

“Where there is an irreconcilable contradiction within the same section,” continued Rabbi Dayan. “For example, if the document said, ‘$10,000 in twelve monthly payments of $1,000.’ Here, the two sums simply do not match, and there is no reason to assume that one is more binding than the other.”

“What do we do in such a situation?” asked Mr. Broyer.

“We apply the principle Yad ba’al hash’tar al hatachtona – the one possessing the document has the lower hand,” replied Rabbi Dayan. “The simple explanation of this is that the one possessing the document is usually the plaintiff. For example, the lender holds the loan document and wants to extract payment from the borrower. As you know, the fundamental principle of monetary law is hamotzi meichaveiro alav ha’reayah ­– the plaintiff has the burden of the proof. Thus, where the document is contradictory, we assume the lower amount, $10,000, unless we have proof or reason to assume otherwise.”

The Skin Off My Back: The Corona Connection – The Science of Kabbalah [audio] 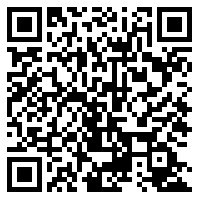