The Torah specifies s’eis, sapachas and baheres under the general category of tzaraas, leprosy. Chazal viewed lashon hara as the root cause of these afflictions. These sins are extrinsic to the Jew in as they clash with the idea of Mikem, that sin is superficial to the Jew (See last year’s summary on Parshat Tazria). However, they are intrinsic to the other nations of the world. Midrash Rabbah (Tazria 15:9) associates each of these forms of leprosy with a people/nation that exemplified a specific moral defect. S’eis refers to Babylonia, sapachas to Persia and baheres to Yavan (ancient Greece). The general category of nega tzaraas is associated with Edom.


According to Chazal (Shavuot 6b), s’eis refers to gaavah, haughtiness, an inflated ego and sense of self-importance. Ancient Babylonia epitomized s’eis, based on the verse “Aych shavas noges… shavsa madheva” (Isaiah 14:4). Rabbi Eliezer interprets this verse to refer to a nation whose raison d’etre is m’dod v’havay, the need for instant gratification – exemplified by Nebuchadnezzar who attempted to deify himself and forced all to bow before the statue he erected. Haughtiness, as exemplified by Nebuchadnezzar is the root cause of evil. (The Rav commented that his life experiences and the people he encountered reinforced this idea.)

Chazal view haughtiness, among the three afflictions, as the root cause of sin. Yeravam became a pariah when he placed golden calves in Dan and Beer Sheva to prevent the people from traveling to the Beis Hamikdash for the three festivals. He feared that if the people would visit the Temple, they would reject him and return to Rechavam, King of Judah. The Talmud says that Hashem, so to speak, grabbed Yeravam’s garment and told him to repent. If Yeravam would repent, then I (Hashem), you (Yeravam) and King David will stroll through Gan Eden (Sanhedrin 102a). Let us analyze the enormity of this statement.

Chazal ranked Yeravam among the greatest Torah scholars of his or any generation. He uncovered previously unknown topics of Torah. How could someone so great in Torah choose to violate the most basic tenets of Judaism? Yeravam fell prey to haughtiness. He concocted several reasons he could not go to the Temple himself or allow his subjects to make the pilgrimage. He feared the people would have a change of heart and support Rechavam. Another reason was concern for his personal stature. The Gemara says (Sanhedrin 101b) that all who entered the Temple had to stand except for the kings from the house of David. Yeravam felt that if he entered the Temple, he would have to stand while Rechavam sat. He feared being embarrassed before the people. Haughtiness led him to erect the idols and lead the people astray. Hashem told Yeravam to repent, go to Jerusalem and break his foolish haughtiness. If he is willing to make this small personal sacrifice his ultimate reward will be to be considered among the great leaders of Israel. He would be at the forefront of those who walked in the Garden of Eden. He would attain a status greater than Rechavam, Shlomo and even David himself. As Hashem told him, the group order would consist of Hashem followed by Yeravam then David.

Yeravam asked Umi Berosh, “Who will lead?” Hashem answered, “Ben Yishai, the kings of the house of David.” Why did Yeravam ask who would be in the lead if Hashem told him that the order in Gan Eden would be Hashem followed by Yeravam and David? Hashem told him that the price for this ultimate greatness is to allow Ben Yishai, Rechavam, to be in the lead in the short term. All he needed to do was to go to Jerusalem and stand while Rechavam sat. Yeravam refused; he required immediate gratification. He was unwilling to look at the bigger picture of Jewish destiny that would ultimately enshrine him above David. Had Yeravam acquiesced and repented, his ultimate status in Jewish History would have surpassed all others. Had he made this small sacrifice, perhaps we would have mentioned the songs and prayers offered by Yeravam, instead of mentioning the songs of David. However Yeravam would not see the big picture. He was blinded by his haughtiness and became the ultimate loser.

This is what Chazal meant when they interpreted the term madheva mentioned above. According to Rabi Eliezer it means m’dod v’havay, people who “measure and bring,” based on temporal, fleeting practicality, and indulge in immediate gratification. Such people lack perspective, vision and constantly fail in life. They are the Yeravams of the world who forego eternal glory for the insignificant present. True blessing is not found in quantifiable objects but in that which is hidden from the eye.

Orthodox parents often push their children into secular endeavors at the expense of Torah studies, in the belief that this will ensure economic success and stability for their children. They do not see the long term goal of raising children imbued with sanctity and an unshakable commitment to Judaism while enhancing the Torah quality of the Jewish community. They are teaching their children to value only what is expedient. They cannot see the importance of studying Chumash, understanding prayer or keeping the Sabbath.

Many a child has strayed because of the mdod v’havay philosophy. It has become fashionable for a Jew to look for tachlis. There are two types of tachlis. The first, what the Rambam considers the highest calling, to seek out the ways of Hashem. The other is a euphemism, to focus only on the moment without a long-range plan. The same parents don’t realize that if everything is predicated on immediate utility, kibbud av will be ignored 20 years later when the child deems his parents obsolete. Mdod v’havay is the approach of Esau, who willingly surrendered his birthright and the service of Hashem for the immediate gratification of a bowl of lentil soup. Previous Jewish generations understood the importance of the long term. In a similar way, Daniel told Nebuchadnezzar that the latter’s nature that required immediate satisfaction would lead him to failure. 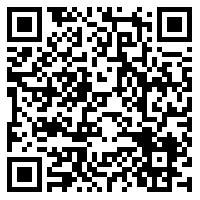