The world was created with ten utterances. The power of speech distinguishes man from animal. Words have a power of their own and can create liabilities that must be honored. If a man makes a vow, a neder, to God, or an oath, shvu’ah, to obligate himself, he cannot break his word.

As a result of a shvu’ah or a neder, things the person had no prior obligation to perform must now be performed and things that would otherwise have been permitted now become prohibited. For example a person might take an oath to run ten miles or not to eat lunch today. Such an oath is referred to in halacha as a shvu’at bitui.

One of the principal distinctions between the neder, the vow and the shvu’ah, the oath, is that the neder creates an obligation with respect to things, chovat cheftza, whereas the shvu’ah creates an obligation with respect to the person, chovat gavra. Accordingly, if a person makes an oath that he will not sit in a sukkah or that he will not put on tefillin or that he will not eat matzah on the first night of Pesach, the oath does not exempt him from the duty to perform the mitzvah. This is because we had already vowed at Sinai to perform the mitzvot. Such an oath is therefore meaningless, a shvu’at shav, and the person uttering it violates the Third Commandment against invoking the name of God in vain.

A person can, however, make a neder not to sit in a sukkah or not to wear tefillin by phrasing the prohibition in such a way as to make it apply to the sukkah or to the tefillin rather than to himself. Accordingly, if a person utters a vow that “sitting in the sukkah is forbidden to me” rather than uttering an oath that “I will not sit in the sukkah,” the vow takes effect. Amazingly, such a person is now prohibited from sitting in the sukkah until or unless the neder is annulled. The sukkah is a forbidden item to him – just as if it were a stolen sukkah.

The technical explanation for this is that whereas breaking a vow violates both the negative commandment of “he must not break his word” and the positive commandment of “he must do all that he expressed verbally,” not sitting in the sukkah or not wearing tefillin violates only a positive commandment. The philosophical explanation may be that the Torah itself sometimes tells us which mitzvah is more important in God’s eyes. If God cannot trust our word, He may not want us in His sukkah. Of course this does not mean we can exempt ourselves from sitting in the sukkah by making a neder. What it does mean is the vow must be annulled before we sit in the sukkah. The vow cannot simply be ignored.

There are, however, situations in which even a shvu’ah can oblige a person to refrain from performing a mitzvah. Such is the case when a person utters a shvu’ah that he will not perform an activity that is a mitzvah when performed at certain times of the year but is not a mitzvah if performed at other times. For example, rather than swear that he will not eat matzah on Pesach or sit in the sukkah on Sukkot which would be meaningless, a person might swear that he will not eat matzah or sit in the shade for two years. Because this shvu’ah has application to all those days of the year including when it is not a mitzvah to perform these activities, it applies on Pesach and Sukkot too. Like the neder, this type of shvu’ah will require annulment.

A shvu’ah or neder is made without the proper intent or by mistake if the person was unaware of all its consequences at the time he that uttered it. Had Yiftach known the first person to come out of the door of his house to meet him would be his own daughter, he would never have uttered the neder to sacrifice her. A shvu’ah or neder is made in a state of unsettled mind if the person uttered it in a fit of anger or impetuously and the person now regrets his anger or haste. The annulment, whether on the grounds of improper intent or regret, is made today before a court of three. The effect of the annulment is retroactive, as if the shvu’ah or neder had never been made. In addition, a father may revoke the vows of his daughter under the age of twelve and a half and a husband may revoke certain vows uttered by his wife that either afflict the wife or have a detrimental effect on the marital relationship.

Vows may also be annulled prospectively. “One who wishes that his nedarim should be ineffective all year long should arise on Rosh Hashanah and say that any neder he I shall declare in the future shall be null. Such a declaration is effective provided that he does not remember this disclaimer at the time of the neder.” The foregoing passage from Talmud Nedarim is the basis for the ceremony of hatarat nedarim, annulment of vows, made by all of us before a court of three or ten on Erev Rosh Hashanah, in which we cancel all vows we might make in the coming year.

Judaism, which celebrates the joy of life, frowns upon voluntary restrictions. That which God has permitted to us we should not prohibit unto ourselves. Wine is a good example. Rather than prohibit it, God asks us to drink wine in order to sanctify the Shabbat and ourselves. “If one declares a neder,” says the Talmud, “it is as if one has built a false altar.”

Just as God has no desire for sacrifices that are not offered up in His Holy Temple, he has no desire for self-sacrifices that are not required by His holy Torah. However, if notwithstanding His distaste for making one’s own life unnecessarily difficult, you make a neder, you must get it annulled. So important is the requirement of annulling vows that we dare not enter the Day of Judgment with unfulfilled vows on our ledger. That is why we commence the Yom Kippur service with Kol Nidrei, the annulment of vows. 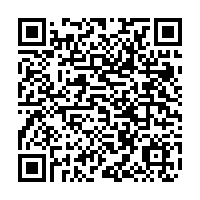