“I arranged with Simon Cooper, the plumber, to clear the blockage in the kitchen sink this morning,” Mr. Laks told his wife.

“Oh, great!” she replied. “I’ll clean the kitchen before he comes.”


At 10 o’clock Simon arrived. Mr. Laks showed him into the kitchen. “This sink is blocked terribly,” he said. “I’ve tried drain cleaner and a snake, but haven’t been able to clear it.”

“I’ll get to the bottom of it,” replied Simon confidently.

“No,” said Simon. “You can go about your business; leave the sink to me.” He worked for about a half hour, going in and out of the house to bring tools from his car.

Mrs. Laks came into the kitchen and opened the drawer near the sink. “Have you seen my ring?” she asked Simon.

“I left my ring in the kitchen drawer when I cleaned the kitchen this morning,” Mrs. Laks confided to her husband, panic-stricken. “There was no one else in the house other than Simon all morning, and he’s been in and out to his car numerous times.”

“Are you sure you left it in the drawer?” Mr. Laks asked her.

“Absolutely positive,” she said. “I also noticed the drawer was ajar and had been rummaged through.”

“Did you confront Simon?” Mr. Laks asked his wife.

Mr. Laks went over to Simon. “My wife is missing her ring,” he said. “She is positive she left it the drawer near the sink this morning, and only you were in the house today.”

“How dare you accuse me?” said Simon indignantly. “Your wife probably moved it and forgot where.”

“She is sure she left it in the drawer,” said Mr. Laks emphatically.

“You have no evidence I took it,” said Simon, shaking his head angrily. “Anyway, I just finished clearing the blockage. That’s $150 for the repair and I’ll be off.”

“I’m not paying anything,” said Mr. Laks. “I’m holding the payment in lieu of the ring, until we discuss this with Rabbi Dayan.”

“What is an example of something considered a strong basis?” asked Mr. Laks.

“Let’s say someone was in your house. You find the moneybox broken and the contents stolen, and you suspect that person – you can impose an oath upon him,” replied Rabbi Dayan. “However, the Shach [75:63] questions the Rama’s ruling. He concludes that it depends on the evaluation of the beis din; if they see sufficient basis for the allegation, they can impose an oath upon the accused.”

“I understand that nowadays beis din is wary about imposing an oath,” said Mr. Laks. “Anyway, I want to withhold Mr. Cooper’s wages!”

“This is a complicated issue,” replied Rabbi Dayan. “The SM”A [75:49] writes that if the plaintiff grabs payment from the suspected thief unobserved, so that there is no evidence that he grabbed, he can keep the payment. Shach [75:64] and Taz [75:17] vehemently disagree; a person cannot take money from another when there is an element of doubt. Pischei Teshuvah [75:20] cites varying opinions of later authorities. Bottom line, since the plaintiff is already in possession of the money, he can keep it when he has clear basis for his claim.” (See Pischei Choshen, Geneivah 1:13)

“Then I should be able to withhold the wages,” said Mr. Laks, “since I am in possession of the money.” 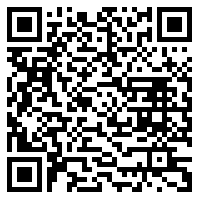