Hoshana Rabbah is, according to tradition, the day the judgment of Yom Kippur is sealed and finalized. There are some changes in the morning prayers. We circle the bima seven times with our lulav and esrog and then we put them down and take five aravos and beat them on the synagogue floor as if to say, “These are being beaten instead of me.”

Then we return home for a festive meal in the sukkah.


At this meal we include soup with kreplach. Kreplach are globs of dough with a piece of meat hidden in the middle. Why? Because we are not sure that this day is such a festive occasion that it requires a wine and meat meal, as on Shabbos or festivals. And as we await the arrive of Eliyahu to answer these types of questions, we hide the meat in the heart of the dough – thus, kreplach.

After what happened to me this Yom Kippur and Hoshana Rabbah, I must say I’ve gone deep into the heart of the krepel (singular for kreplach) and have concluded that indeed there is more to the krepel than meets the eye.

On the way to the Kotel on Yom Kippur, I met two young people. One said his name was Shai. “Shai,” I thought, “that’s an easy name to remember.” In fact, I had recently been involved in a bad situation with someone named Shai.

I invited them to come to my house to break the fast, and told them where I lived.

“The guy who was with you.”

“He’s Yossi, but he uses different names,” he said.

So now it was Hoshana Rabbah, and Yossi suddenly showed up at my house as I was talking to a friend on my iPhone. So I ended my call and put down my phone.

I told him I was making kreplach soup and invited him to eat with me in the sukkah. He helped me take down the food and I filled up a bowl of soup for him.

Suddenly he said he had to go to the bathroom. “Go right up,” I told him, “but first eat your kreplach or they’ll get cold!”

He said he’d be right back. After maybe two minutes, I remembered I had forgotten my iPhone upstairs and I needed to make an important call. So I went upstairs to get the phone. Whereupon I discovered that both my visitor and my iPhone were gone.

I called the phone from my landline. It rang, once, twice, but no one answered. And then he turned it off. Goodbye, iPhone.

Back in the sukkah, I realized the iPhone was a kapparah, an atonement, for the unpleasant occurrence mentioned earlier with a person named Shai, which is what Yossi had told me his name was when I met him on Yom Kippur.

The cell phone company told me that even though I had full coverage, the new phone would cost me 1,000 Shekel, deductible.

I looked into a gematria book for the significance of 1,000. And I saw that the numerical value of the verse “Es asher Hashem yeh’ehav, yoche’ach” – “He whom God loves, he admonishes” – is precisely 1,000!

So I was left thrilled by my final judgment, costing me only my iPhone. But I was also left with a new understanding of the custom of eating kreplach on the special day of the sealing of a Jew’s yearly judgment.

After it’s all over, the Jew goes back to being a krepel. His outer concern is the dough, the bucks. But on the inside, in his heart, he’s a delicious piece of meat.

Deep down, under all the dough, even the Shais and the Yossis are part of our charming nation.

Dov Shurin is a popular radio personality and the composer and producer of several albums. He lives with his family in Israel and can be contacted at dovshurin@yahoo.com. His column appears in The Jewish Press every other week. 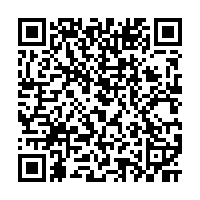